The Lakers aren’t dead yet…they’re just having a slow start! 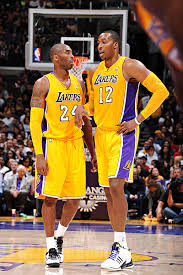 As a Laker fan for 50 years, I’m concerned that the Lakers don’t look like a team yet. It’s the first time in 34 years the Lakers have started out 0-3. Their cross-town rivals – the Clippers - roughed them up tonight. What really bothers me is that Steve Nash was hurt in their second game and was out for tonight’s encounter.

Already, questions arise as to Nash’s overall health. I was counting on “Mr. Assist” to smooth over the new look Lakers. As great as they are, Dwight Howard, Kobe Bryant and Pau Gasol can’t carry the team – they need help. Their bench looks like another “do-nothing group” that will never outscore an opponent’s bench.

All of which begs the question; how do you get better than the Lakers are on paper? Just look at the talent they have. I’m going to come out and say – without hesitation – “The Princeton Offense” that Mike Brown is trying to sell…STINKS! Pee…you! Yuck!

And where is the defense? The Lakers have been out hustled for three straight games. Flat out. Ouch! How are they going to win games, let alone their division or (fading image) a championship? I’m trying not to panic, after all, it’s still early in the season.