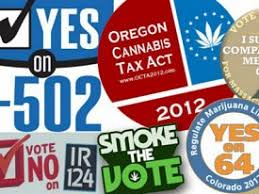 Just over one week before voters in three states will decide on ballot measures to legalize and regulate marijuana, the FBI has released a new report today showing that police in the U.S. arrest someone for marijuana every 42 seconds and that 87% of those arrests are for possession alone.

A group of police, judges and other law enforcement officials advocating for the legalization and regulation of marijuana and other drugs pointed to the figures showing more than 750,000 marijuana arrests in 2011 -- more than 40 years after the start of the "war on drugs" - as evidence that this is a war that can never be won. With more than 1.5 million total drug arrests drug arrests being reported in the U.S. in 2011, that’s one drug arrest every 21 seconds.

"Even excluding the costs involved for later trying and then imprisoning these people, taxpayers are spending between one and a half to three billion dollars a year just on the police and court time involved in making these arrests," said Neill Franklin, a retired Baltimore narcotics cop who now heads the group Law Enforcement Against Prohibition (LEAP). "That’s a lot of money to spend for a practice that four decades of unsuccessful policies have proved does nothing to reduce the consumption of drugs. Three states have measures on the ballot that would take the first step in ending this failed war by legalizing, regulating and taxing marijuana. I hope they take this opportunity to guide the nation to a more sensible approach to drug use.”

One hopeful sign is that these numbers have decreased slightly from those of the prior year. This is perhaps reflective of the growing number of communities across the country that have recognized the need for drug law reform and implemented new policies designed to alleviate the harms of the drug war, such as the reprioritization of marijuana enforcement. For more information contact: Tom Angell - (202) 557-4979 or media@leap.cc