AS IT STANDS: Election 2012: Pot Goes To The Polls 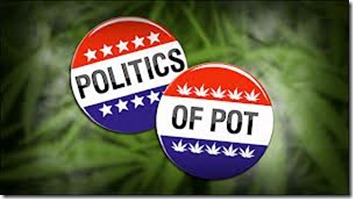 By Dave Stancliff/For the Times-Standard
The 2012 election is, without a doubt, shaping up to be the most important yet for Americans who want to legalize and decriminalize marijuana.
Three states - Colorado (Amendment 64), Oregon (Measure 80) and Washington (Initiative 502) - will vote to legalize marijuana on Nov 6.
Massachusetts has a medical marijuana initiative, as does Arkansas. Local initiatives on the ballot in Michigan are; Detroit (Proposal M), Grand Rapids (Proposal 2), and Ypsilanti (LLEP).
"At a time when polls show that a majority of Americans support legalizing marijuana and mega-majorities support allowing medical marijuana or at least decriminalizing possession, it makes no sense whatsoever that so many national politicians look at this issue as some kind of dangerous third rail of politics," said Tom Angell, founder and chairman of Marijuana Majority.
Coupled with the presidential election, these efforts to bring marijuana into the mainstream take on a more critical role for the future of Americans who desire change and a choice. 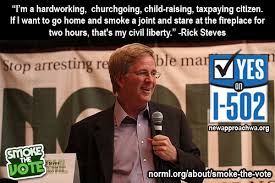 There’s a new project that focuses on helping more people understand that supporting marijuana reform is a mainstream, majority-supported position. The organizers - Marijuana Majority ( http://www.MarijuanaMajority.com) believe the project will play a key role in convincing more elected officials and prominent people to publicly state they think the marijuana laws should be changed.
Visitors to the site can see just how mainstream this debate is by viewing and sharing lists of elected officials, actors, medical organizations and business leaders who support solutions like decriminalizing marijuana possession or legalizing and regulating marijuana sales.
A majority of U.S. voters support legalizing and regulating marijuana like alcohol. Polling also indicates that voters in Colorado and Washington are poised to make history by voting to legalize marijuana on Election Day.
If you’re pro-pot and still undecided about who to vote for president, it may help you to know which candidates are for, or against, marijuana legalization and decriminalization. 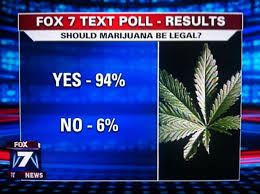 Here’s the presidential candidates public positions on the issue:
President Obama: “We're not going to be legalizing weed anytime soon. What we are trying to do is that when it comes to drugs is that we are not just thinking about it with law enforcement, but we're also thinking about treating it as a public health problem.”
- Late Night With Jimmy Fallon (April 2012)
Gov. Mitt Romney: "People talk about medicinal marijuana, and, you know, you hear that story: People who are sick need medicinal marijuana. But marijuana is the entry drug for people trying to get kids hooked on drugs. I don't want medicinal marijuana. There are synthetic forms of marijuana that are available for people who need it for prescription. Don't open the doorway to medicinal marijuana."
("Ask Mitt Anything" Event in Bedford, NH 2007 - source)
Libertarian candidate Gary Johnson: “Right now, 75 percent of the cartels’ activities revolve around marijuana. I think as a nation, when we legalize marijuana, we’re going to take giant steps toward drug reform, which will start off with looking at drugs as a public health issue, rather then a criminal justice issue. I just think legalizing marijuana [will cause] at least a 75 percent reduction in border viol

Green Party candidate Jill Stein: “President Obama promised to use a science-based approach to public policy. But when it comes to marijuana, he has continued the unscientific policies of George Bush, and has even gone far beyond Bush in his attacks upon medical marijuana clinics. He supports the irrational classification of marijuana in the most dangerous drug category, and he supports the ban on commercial hemp growing. This is mania-based policy, not science-based policy."
- Speech to Denver 4/20 Rally (April 2012)
It’s time we recognize that marijuana has been a victim of politics. Scientific studies continue to reveal its numerous medicinal properties. In addition to this election, advocates for medical marijuana may score a major victory if the United States Court of Appeals for the D.C. Circuit rules on taking marijuana off of the Schedule I category of illegal drugs (currently in oral argument phase).
As It Stands, with nine days left until Election Day there’s still time to make informed decisions about the future of marijuana in America.

Posted by ImBlogCrazy at 8:30 AM