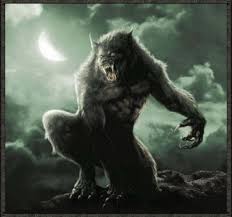 As the Fall leaves scatter to the ground in a riot of color, the chilly outdoors drives many people indoors. Drinking a hot beverage and reading a book is a nice way to spend a cold day. With Halloween just two days away, I thought it might be nice to recommend a book for the season. Here it is:

Linda Godfrey is so sure about the existence of weird walking wolves that she's written a book titled "Real Wolfmen: True Encounters in Modern America." In more than 300 pages, she lays out dozens of stories about sightings of nasty-looking beasts running around on their hairy hind legs. Scientists are unconvinced — but they do admit that humans are virtually hard-wired to watch out for wolves on the darkness.

"The werewolf idea is strictly a product of our imagination, but it comes along with a culture of thousands of years of fear of wolves," said Michigan Tech's Rolf Peterson, who has studied wolv 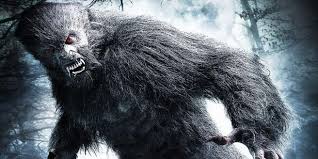 es for decades at Isle Royale National Park in Lake Superior. "It's just an outgrowth of that. But there's nothing out there that's anything like a werewolf. It's all in our heads."

Try telling that to Godfrey and the people whose dog-man reports are featured in her book."I've received hundreds of reports over the years ... and that's probably a small percentage of the actual sightings of these creatures," she told me. "So many people are in denial when they have these experiences, because it sort of rocks their world." (Read the rest of the story here)