As It Stands: Congress: A rest home for old politicians 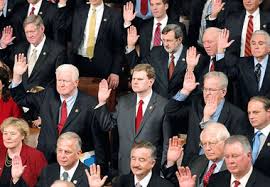 By Dave Stancliff/For The Times-Standard
I’ve got an idea that could break the gridlock in Congress. Not immediately, but by the time the next elections roll around. We’re stuck with the current crew of ideology-driven drones and party-first clowns for now.
It’s never too soon to work on changing things however. The idea? Simple. Term limits. We’ve already settled that issue in regards to the presidency with the ratification of the 22nd amendment in February of 1951.
Several attempts have been made to limit the number of terms Senators and Congressmen can hold office. Most attempts seek to limit the time in office to 12 years, which would limit Senators to 2 terms and House members to 6 terms. 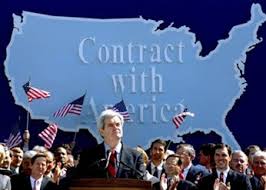 As part of the Contract with America in 1994, House Republicans attempted to established 12-year terms limits for Congress. However, they failed to achieve the 2/3 majority required to pass such an amendment.
Whatever the role of the Contract, Republicans were elected to a majority of both houses of Congress for the first time since 1953, and several parts of the Contract were enacted. Some elements did not pass in Congress, while others were vetoed by, or substantially altered in negotiations with President Bill Clinton, who would later sarcastically refer to it as the "Contract on America.”
I’ve always contended that having life-long members in Congress is detrimental to our system of government.
As of November 24, 2012, 66 of the current 100 members range in age from their early 60’

s to their late 80s. Four senators are in their 80s, 24 are in their 70s,  and 38 are in their 60s.
Let’s face it, that’s a little “long in the teeth” to be actively introducing and voting on legislation. There’s no way they are as alert as a 50-year old member. I don’t care what anyone says. Talk about being rigid. Many of those old coots are mentally living in the 50s and don’t truly represent what Americans feel today.

In February of this year the senate soundly rejected the idea of term limits with a 24-75 vote. Sen. Jim DeMint’s (R-S.C.) amendment would have expressed the non-binding sense of the Senate that the Constitution to place limits on how long members of Congress can serve.
I’m not surprised. The members of Congress have a good deal and don’t want anything to change. The perks they get are seldom found outside of government. So it seems we’re stuck. Or, maybe not.
People have been going on about this term limit thing for decades with no progress. But the times, they are changing. We have the internet and social media like FaceBook and Twitter that can galvanize movements and generate change. 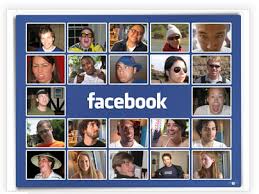 Up to now the American people have had their hands tied as the members of Congress protected themselves and made sure no one rocked the boat. The subject would come up, and they’d act like they were really considering it, but lo and behold, nothing was ever passed.
We’ve all heard about the Arab Spring, Occupy, and other social movements by people demanding change from their governments.

Social media has been a key in those changes. There’s no reason a groundswell movement involving millions of Americans couldn’t put these insulated lawmakers on notice.
We know they’re never going to fix the problem. They don’t see it as a problem. Dying on the job is what they all hope to do.
I would be remiss in not noting that these geezers keep getting re-elected.
That’s the part I don’t get. How do people expect change to happen when the status quo in Congress is maintained? Don’t expect the mainstream media to take up this issue, as most of it is owned by one of the two ruling political parties.
Twelve years in office should be more than enough. I don’t have anything against a person’s age, but at some point in our lives we all need to retire and let young blood and fresh ideas take over.
As It Stands, when you have a group of old timer’s hobbling down the halls of Congress it’s time to call it a rest home for politicians!

Excellent post. Keep posting such kind of info on your blog.
Im really impressed by your blog.
카지노사이트
https://yhn876.com 카지노사이트

A really entertaining site that really helps me to learn more. I really appreciate this kind of site. Just try to visit our site in this link: 카지노사이트
Https://yhn876.com 카지노사이트

Assumes others should know what to do and how to do it with little or no training.

Valuable info. Lucky me I found your website by accident, and I am shocked why this accident did not happened earlier! I bookmarked it.

Simply want to say your article is as surprising. The clarity on your put up is simply spectacular and that i could assume you are a professional on this subject. Fine with your permission let me to take hold of your RSS feed to keep up to date with forthcoming post. Thanks a million and please carry on the enjoyable work.


Try to check my blog: 출장안마

You actually make it seem so easy with your presentation but I find this matter to be really something which I think I would never understand. It seems too complex and extremely broad for me. I am looking forward for your next post, I’ll try to get the hang of it!

Just bookmarked this blog post as I have found it rather valuable. 경마

Such a great blog.Thanks for sharing. 토토

Great information, thanks for sharing it with us 토토사이트


This was an incredible post. Really loved studying your site post. Your data was very informative and helpful. I think you’ll proceed posting and updating frequently. Looking forward to your subsequent one. Feel free to visit my website; 야설


I would like to show thanks to you just for rescuing me from this particular matter. Just after checking throughout the the web and getting notions that were not powerful. Feel free to visit my website; 한국야동


Keep up the good work , I read few blog posts on this website and I believe that your weblog is rattling interesting. Thank you for this effort, I will give you 5 stars for this. Kindly check the link below Thank you! Feel free to visit my website; 국산야동

Your style is so unique compared to many other people. Thank you for publishing when you have the opportunity,Guess I will just make this bookmarked. Feel free to visit my website; 일본야동


It is very rare these days to find sites that provide information someone is watching for. I am glad to see that your site share valued information that can help to many readers. nice one and keep writing! Feel free to visit my website;
일본야동

Hard to ignore such an amazing article like this. You really amazed me with your writing talent. Thank for you shared again. 텍사스홀덤

This is really interesting, You’re a very skilled blogger. 온라인바둑이

I'm extremely inspired along with your writing skills as neatly as with the format in your blog. 스포츠토토

Thanks for sharing with us this important Content. I feel strongly about it and really enjoyed learning more about this topic. 바카라사이트