The Mystery of the Burning Rocks: If They’re Coated With Phosphorus How Did It Get There? 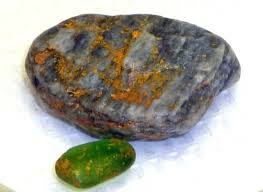 Life is full of mysteries, and I have one for you today. It’s about some rocks that burst into flames while in the shorts pocket of a Southern California woman, who wore them back from a day at the beach. Lyn Hiner, suffered third-degree burns from the bizarre incident which happened in the kitchen of her San Clemente home.

What gives? Chemistry experts have said they do not believe the phosphate was naturally occurring and have speculated that the rocks could have been coated with phosphorus, which can spontaneously ignite when exposed to oxygen.

The big question now is, where would those rocks have picked up that nasty phosphorus? The woman and her children were walking on Trestles Beach at San Onofre State Beach. The land is owned by the Marine Corps, but operated by State Park Rangers.

I suspect there’s a heavily polluted area where phosphorus is leaking somewhere off shore. Maybe miles out. The few rocks that were discovered may be a small part of what’s yet to come.

Results of tests taken by the state lab, released Thursday, confirmed initial testing by the Orange County Public Health Department that found elevated levels of phosphate on the rocks, but provided no explanation of its presence.

The fact of the matter is, no one is really talking much about those rocks. Interesting isn’t it?