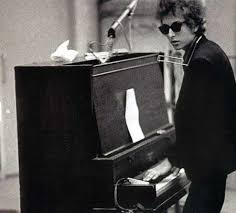 As a longtime fan of Bob Dylan, I thought it was really cool to see him recognized for his achievements … by the establishment.

Ironic isn’t it? Much of his most celebrated work dates from the 1960s when he was an informal chronicler and a seemingly reluctant figurehead of social unrest.

A number of Dylan's early songs, such as "Blowin' in the Wind" and "The Times They Are a-Changin'", became anthems for the US civil rights and anti-war movements. Leaving his initial base in the culture of folk music behind, Dylan's six-minute single "Like a Rolling Stone" has been d

escribed as radically altering the parameters of popular music in 1965. However, his recordings employing electric instruments attracted denunciation and criticism from others in the folk movement.

Dylan's lyrics incorporated a variety of political, social, philosophical, and literary influences. They defied existing pop music conventions and appealed hugely to the then burgeoning counterculture. Initially inspired by the songs of Woody Guthrie, Robert Johnson, and Hank Williams, as well as the music and performance styles of Buddy Holly a

"There is not a bigger giant in the history of American music," Obama said of the singer.The Medal of Freedom is presented to individuals who have made "meritorious contributions to the national interest of the United States, to world peace, or to other significant endeavors," according to the White House.”