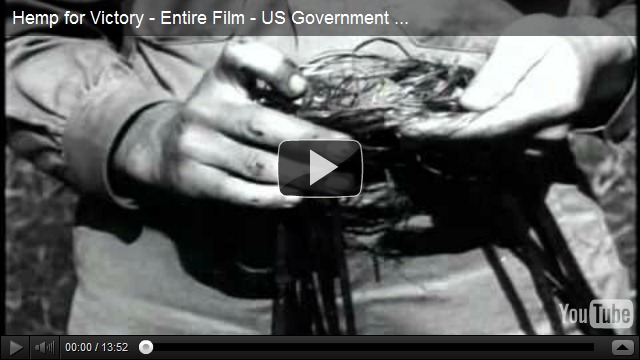 Produced by the US Government in 1942.

You may be Interesting to learn that Dupont Chemical funded the anti- hemp / marijuana effort. This is because they had patents on new synthetic fibers and Hemp had a new machine that would put them out of business if hemp were to be used for clothes. Dupont also sold - and still does many of the chemicals to wood pulp producers... so we continue to cut down forests... when Hemp could save millions of trees, be used as an alternative bio fuel and the US could easily grow enough hemp to eliminate the need for oil... so Big oil does not want hemp legal either. Neither do the drug companies... they can't patent it. They would rather keep selling you their drugs. By keeping it illegal the lawyers, courts etc... also make a buck.

You can only get high from the female flower - nobody has ever died from smoking a joint. Of course the alcohol and tobacco companies would prefer to keep their monopoly as well. So we have all the BIG Corporate players... against legalizing it. Yet if it were legalized - we would solve many issues and have a multi billion dollar hemp economy as it can be used for 1000's of products.