Living Underground: The past merges with the present in the caves of Cappadocia 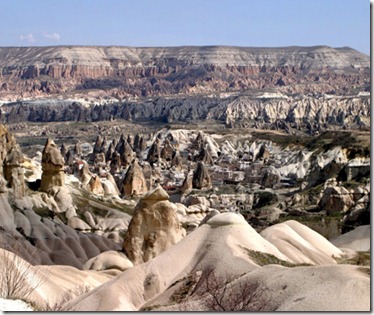 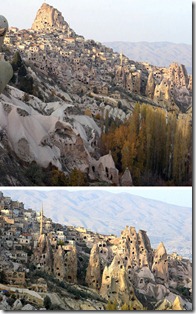 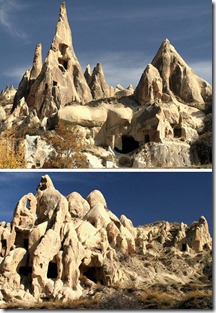 The road traveled today is in Turkey. It takes us to a place where people still live in the vast Cappadocian Cave Homes that date back 3500 years. Cities, empires and religions have risen and fallen around these unique underground havens once used by early Christians to hide from Roman armies, yet they remain occupied to this day. Stretching 100 square miles with 200+ undergro 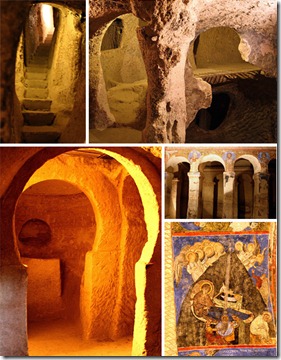 und villages and tunnel towns complete with hidden passages. Visitors can still explore secret rooms and ancient temples and see the remarkably storied history of each new civilization building on the work of the last. Centered in modern day Turkey, this region has passed between hands many times. Contemporary residents speak a hybrid of Greek and Turkish. Bus tours, hotels and other visitor-oriented services comprise much of their current economic system. Built up over time for defense as much as shelter, narrow passageways have made it notoriously difficult for invaders to penetrate the perimeters of many of these underground cave complexes.

In part, due to their secret locations and the naturally t 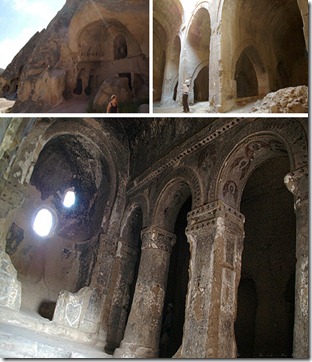 emperature-controlled nature of the cave interiors, many religious artifacts and artworks have survived for over a thousand years. All the while, surface structures have been erected and destroyed while modern architecture mixes in strange hybrids with historic temples and above-ground houses.

While many buildings remain occupied, many more are now deserted – from homes to entire churches and underground cathedrals. For all we know, some rooms and structures are forever lost and buried, hidden so well they will never be found again. (Images via Mekiares)