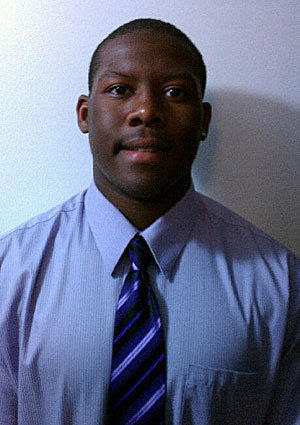 Sensational headlines followed by stories that stir the public’s anger or horror, compete daily in the nation’s newspapers, magazines and blogs. A war of words waged to get your attention.

News outlets are constantly searching for stories designed to invoke a gut reaction among readers. You see them everyday. You don’t always hear about how they end up unless it goes badly for the accused.

The following story is a recent example of the media rushing to judgment, and then not following the case after learning a person is innocent:

“When Marvin Washington Jr. (pictured) was arrested last month for allegedly spitting into a customer's sweet tea at a McDonald’s in Simpsonville, S.C., the incident made news around the globe. When the charges were dismissed a few weeks later? The media barely paid it any attention.

Since then, Marvin Washington, 19, has embarked on a campaign to clear his name and convince the world that he is not the person behind the initial headlines. The college freshman says he aims to get a graduate degree in healthcare and become a nurse practitioner. And he fears the incident will haunt him forever, or scuttle his job chances if a future employer Googles his name and finds the original story.

"I worry that people will only remember the first part -- that I got arrested. They probably won’t care that the case got dropped, they will probably assume I did it. And I want to tell them, 'I didn’t do that, I’m not that type of person.' I want them to know, 'I’m a good young man' and that these allegations were false," he told the Los Angeles Times.” (Read full story here.)