AS IT STANDS: Controversial conversations about politics 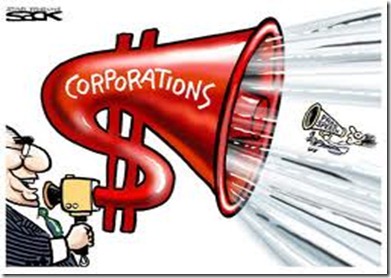 By Dave Stancliff/For The Times-Standard
First Partisan pol: “My Super PAC is raising more money than your Super PAC.”
Second Partisan pol: “Oh yeah. My National Party has raised more than yours this year.”
Observation: Lots of money targeted for mud slinging by both sides.
First Tea Party member: “I hear Obama has come out and admitted he’s gay.”
Second Tea Party member: “Fact is, I hear Obama can’t produce a real marriage license proving he and Michelle are legally married.” 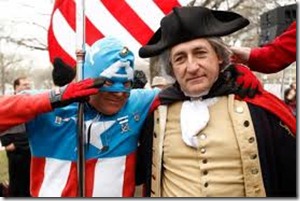 Observation: Some conservatives are over the edge.
First Hispanic: “What do you think about voting for Romney? I hear he has some family in Mexico.”
Second Hispanic: “No way would I vote for that ‘etch-a-sketch’ hombre. It’s true though, he has family in Mexico. I hear they’re in hiding.”

Observation. Romney will not do well with Hispanic voters.
First CEO: “Now that we have legally achieved transforming corporations into people, we’re ready for the next step.”
Second CEO: “Taking over the White House?”
First CEO: “No…becoming gods.”
Observation: The way Americans worship money why can’t divinity be bought? 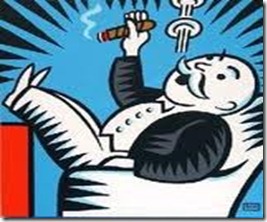 First 99% : “I’m getting clobbered because I don’t qualify for any tax breaks this year. I may have to live in my car after paying my taxes.”
Second 99% : “I hear you. I paid a higher tax percentage than Mitt Romney did.”
First 99%: “What do you expect from a guy who has overseas accounts to dodge taxes here in the U.S?”
Observation: Maybe it’s just me, but I think it’s bad form for a future U.S. president to have financial accounts overseas. A bit hypocritical, don’t you think?

First 1%: “The rabble simply doesn’t understand business. What is it about the “trickle down theory” that they don’t get?”
Second 1%: “The part where they’re downing.”
First 1%: “We’ll have to work on that. Give Mitt a call for me will you?” 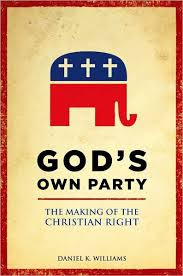 Observation: It’s going to be a tough sell for Romney to act like he cares about the 99% ers when he’s a 1% er with a vision of more tax breaks for the wealthy.

First Gambler: “I bet Obama and Romney will pour equal amounts of cash into buying the presidency.”
Second Gambler: “That’s pretty much a given. How about betting they’ll set a new record for money raised (wasted?) in a presidential election campaign?”
Observation: This will be an historic presidential election for some pretty sad reasons.
Religious Right Voter #1: “That’s it for Barack Hussein Obama! Siding with the homosexuals and granting them equal rights is going to get him struck down by lightning from God almighty! Pass it on!”
Religious Right Voter #2: “There’s just one little problem with that thought brother…Romney is a Mormon. You know, a cult member.”
Religious Right Voter #1: “You had to bring that up, didn’t you?”
Observation: I don’t believe religion will play a major part in the upcoming debates for several reasons. The majority of Americans are much more concerned about the economy and spending for wars than they are about conflicting religious beliefs.

First Homeless Man: “If I could vote, I’d vote for Romney.”
Second Homeless Man: “You got to be kidding! He’s a Republican. They hate us!
First Homeless Man: “Yeah, but the Republicans don’t pretend to care about us, unlike the Democrats. At least I’d know for sure what I’d get for my vote.”
Observation: The number of homeless people in America is a national shame. The statistics show the ranks of the homeless are swelling even as social help programs are cut from state, city, and county budgets. 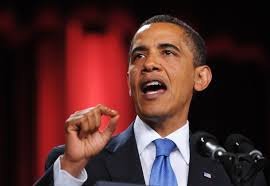 President Obama: “When you’re President, as opposed to the head of a private equity firm, your job is not simply to maximize profits. Your job is to figure out how everybody in the country has a fair shot.” (Source - http://economy.money.cnn.com/2012/05/22/election-2012-bain-is-here-to-stay/ )

Former Massachusetts Governor Mitt Romney: “This president is putting us on a path where our lives will be ruled by bureaucrats and boards, commissions and czars. He’s asking us to accept that Washington knows best - and can provide all.” (Source - http://www.mittromney.com/news/press/2012/04/mitt-romney-delivers-remarks-manchester-nh)
Observation: This is the kind of smack talk we can expect from Obama and Romney in the coming months. It’s not enough. Americans want to hear solid proposals on how to solve the many challenges this country faces.
As It Stands, did you hear the one about the partisan politician who always told the truth? Neither did I.

Posted by ImBlogCrazy at 8:39 AM