Homegrown Terrorists: American gangs wage war against each other and the public

Gangs are nothing new in America’s history. They’ve been around since the Declaration of Independence. I remember growing up in Southern California in the 50s and 60s in the Mexican barrios (La Puente, El Monte, Baldwin Park and Azusa) where I was a minority.

I grew up fighting in those neighborhoods. I didn’t have a choice. The first time I was attacked by a gang (five kids) I was in the third grade. I was walking home from school when they came after me like animals. I picked up a couple of rocks and threw them before being overwhelmed in the front yard of a house. They beat me senseless. An old woman came out of the house – at some point – and put a wet cloth on my head. I was bleeding from the nose and from several cuts, including one over my left eye that is still visible today. 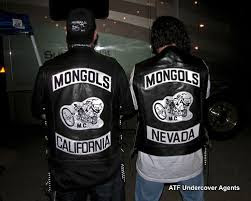 Somehow, I survived that and countless other encounters, and graduated from Azusa High School in 1968. My reason for mentioning my experience with gangs, is that I understand the gang culture. In time, I earned the respect of different gang members and was even accepted by them because I was ready to fight despite the odds.

I didn’t hang with them, but could pass them on the street – have a conversation – and go on without having to fight them. Back then I realized gang members were “born” into gangs. I fought with the sons of the fathers who ran tough street gangs or were lifetime gang members.

Today, gangs are so powerful that we can’t seem to stop them, or even contain them. They come in every nationality and race, but all have one thing in common; they’re waging bloody wars against each other and law abiding Americans. They’re homegrown terrorists. What can be done to stop them? 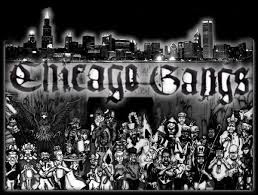 “The recent surge in violence that left 10 dead in Chicago during the Memorial Day weekend underscores a continuing national struggle to control criminal gangs whose numbers continue to grow even as violent crime has declined throughout much of the nation.

Of the 200 murders in Chicago so far this year — up from 139 at the same time last year — local police said that about 80% were gang-related in a city whose gang membership is estimated at more than 100,000.

"We're trying to get our arms around it," said Robert Tracy, Chicago's chief of crime control strategies. "We're trying everything."

Tracy attributes much of the violence to a rapidly-changing gang structure in which young members of the city's established 59 gangs have splintered into more than 600 subgroups, all seeking to assert their authority

Chicago's gang presence largely tracks a troubling national trend in which criminal gangs have been expanding in number and reach throughout the country, according to the National Gang Center, an arm of the Justice Department.

"At a time when most cities are experiencing their lowest levels of violent crime in a quarter of century, gang activity remains a potent problem," concluded an April report released by the National Gang Center.

James "Buddy" Howell, a senior research associate at the gang center, said gangs have become so "entrenched" in some of the nation's largest cities that gang-related crime is largely immune from forces that have been driving down overall crime.” (Read the whole story here)

Posted by ImBlogCrazy at 9:18 AM

I so enjoyed my early days in Coastal Santa Cruz County, and not even thinking about your insane environment.