RECORD BREAKING WEATHER: 2012 is the Warmest U.S. Spring on record 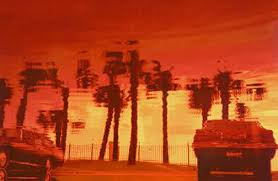 Scientist are calling this year a carbon dioxide milestone. Every kind of weather record imaginable was broken thus far and we have six more months to go. But whatever you do, don’t say “global warming” or you’ll rile up the crazy disbelievers! You know what group I’m talking about – they still think the earth is flat.

I find it interesting how people can ignore facts and the changing world around them, and rely instead on misinformed rhetoric from the extreme right. There’s no fixing stupid, so clueless conservative partisans will continue to ignore the science even when their wearing shorts in the dead of winter in Alaska!

“So far, 2012 has been the warmest year the United States has ever seen, with the warmest spring and the second-warmest May since record-keeping began in 1895, the U.S. National Oceanic and Atmospheric Administration reported on Thursday.

Temperatures for the past 12 months and the year-to-date have been the warmest on record for the contiguous United States, NOAA said. Record warmth and near-record warmth blanketed the eastern two-thirds of the country from this spring, with 31 states reporting record warmth for the season and 11 more with spring temperatures among their 10 warmest.

"The Midwest and the upper Midwest were the epicenters for this vast warmth," Deke Arndt of NOAA's Climatic Data Center said in an online video. That meant farming started earlier in the year, and so did pests and weeds, bringing higher costs earlier in the growing season, Arndt said.

Posted by ImBlogCrazy at 7:52 AM