Trio of idiots try to sell grenade launcher to undercover fed: two imprisoned, one on bail as long as he reads an hour a day and does a book report! 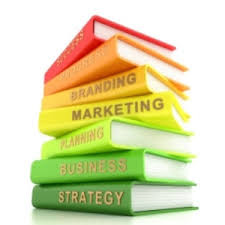 Growing up I use to think school was a real drag, and when it came to writing book reports …yuck! That meant I had to read a book and make some intelligent comments in an essay afterwards. Reading and writing a report wasn’t considered punishment – just part of the educational process back then.

So why would a judge sentence someone to do a book report while on bail after trying to sell a grenade launcher and pulling a gun on a cop? Doesn’t make sense to me. I wonder what’s on the list of books the judge is providing?

I’m just guessing, but I don’t think they’ll be listed on the Top 10 at Amazon. So what do you think will be on the list? I’m thinking “Crime and Punishment,” might be one of them.

“One of three men indicted for allegedly trying to sell a grenade launcher during a deal that led to gunfire in Richmond was ordered released on bond Monday by a federal judge, who allowed him to remain free so long as he reads each day and completes book reports.

Over the objections of federal prosecutors, U.S. District Judge Yvonne Gonzalez Rogers granted a request by 23-year-old Otis Mobley Jr. to be released before trial. She ordered him to "read and complete book reports," spending an hour every day on books and at least a half an hour writing. The judge said she plans to provide a reading list for Mobley as he awaits trial.” (Read the whole story here)

Posted by ImBlogCrazy at 2:21 PM