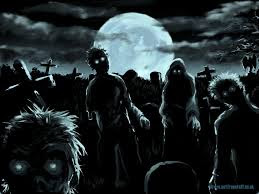 This, finally, may explain our cultural obsession with zombies: Long after dark, millions of Americans basically become one.Without warning, they suddenly rise from their silent, supine states then roam aimlessly, eyes open and mouths sputtering gibberish.

About 8.5 million U.S. adults -- or 3.6 percent of the grownup population -- have taken at least one sleepwalking jaunt during the past year, according to research released today by the Stanford University School of Medicine.

By the way, did you know, when birds fly, they can sleep with one half of their brain, while the other half is analyzing the flight? That’s why you see birds going for thousand of miles without any problem. They sleep when they fly…or sleep on the fly…just depends on how you look at it.

Posted by ImBlogCrazy at 5:37 PM