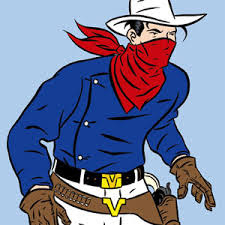 Once upon a time, vigilantes wore scarves over their faces in the Old West. They weren’t interested in a prolonged trial for a cattle thief, so they took justice into their own hands.

This twisted road led to the death of more than one innocent man, left swinging from his neck on a tree limb thanks to these vigilantes. They wore scarves to hide their identities in case an investigation later proved the dead man was innocent.

There are still vigilantes today. They don’t wear scarves. As a matter of fact, they form neighborhood watches. Most of these loose groups do a great job of looking out for their neighbors and are a benefit to their communities. Gated communities often have these groups. Some of these groups have gun-bearing members and are ready to use them.

The story below is about an armed member of a neighborhood watch for “The Retreat at Twin Lakes,” who shot a 17-year old Florida high school student (Trayvon Martin) because “he looked suspicious.” The student had a bag of Skittles (a candy-coated treat) and an iced-tea, which apparently spooked George Zimmerman, who shot him dead with a 9 mm pistol.

Zimmerman wasn’t wearing a scarf, but he’s no different than the vigilantes of the Old West. Judge, jury, and executioner. Interestingly enough, he was arrested in 2005 for resisting arrest with violence and battery on a law enforcement officer. Kinda makes you wonder about this vigilante with a history of violence doesn’t it?

But the police are saying there’s no evidence to challenge the shooter’s story. In their minds, a deadly bag of Skittles warranted a response from a 9 mm pistol. Maybe the kid threw them at Zimmerman? Now, there’s a reason to kill him. Don’t you think? Or, worse yet, was he murdered because he was an African-American?

The family and friends are trying to seek justice, but face an uphill battle. To read the whole story and view videos go to 6 NBC Miami

“The parents of a 17-year-old Florida high school student killed last month in Sanford by a neighborhood watch representative gathered Sunday night at a Miami Gardens church to demand justice in their son's shooting.

Family and friends said a prayer and read a poem for the teen, who was visiting his father and step mom in the central Florida town in February when he was gunned down by George Zimmerman, a neighborhood watch representative for The Retreat at Twin Lakes.

Zimmerman had called police and reported Martin as a suspicious person in the neighborhood, before following Martin from his car, police said.When officers arrived, Martin, who had gone to a nearby store for a bag of

Skittles and an iced tea, was dead.

Police said Zimmerman told them that he shot Martin in self-defense.

"George Michael Zimmerman had a 9 millimeter gun, Trayvon Martin had a bag of Skittles, how can he claim self defense?" the Martin family attorney Benjamin Crump said.

A records search revealed an arrest record for Zimmerman, including an arrest in 2005 for resisting arrest with violence and battery on a law enforcement officer. The Martin family and their attorney, disputed the self defense claim.

"The police lied to this family, and told them he was squeaky clean and that was one of the reasons why they weren't arresting George Michael Zimmerman," Crump said.” (NBC 6 – Miami)

Posted by ImBlogCrazy at 9:22 AM

Best to wait before jumping into a Racism cause. There appears to be a self defense issue. The entire hype and rage for vigilantism seems to be coming from the Reverend mob action.