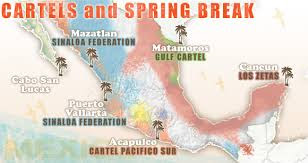 Well worn, once safe roads in Mexico have become a thing of the past. I recall going to Tijuana numerous times in the sixties, and having lots of fun.

If I tried going to Tijuana today, I’d be taking my life into my hands. You only have to read the headlines to know that I’m right. 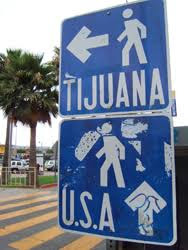 What a pity. The borders between Mexico and the United States are now killing grounds where cartels wage war on one another, and the government. Where journalists are killed daily for daring to report the truth. A deadly standoff has developed between the current Mexican government and the cartels. Neither side is winning, but all the innocent bystanders are losing…their freedoms and their lives. Travelers beware:

“The state of Texas on Tuesday warned residents for the third consecutive year not to travel to Mexico during the upcoming university spring break season, saying drug cartel violence and other criminal activity are a safety threat even in resort areas.

The announcement is a major blow for Mexico's economy. Tourism is Mexico's second-largest industry. About 60 percent of Mexico's visitors are American, and about one third of them are either Texans or travelers who pass through Texas.

The advisory comes despite pleas from top Mexican officials to limit the travel warnings to specific areas where the threat of violence is greatest.”

Posted by ImBlogCrazy at 7:01 AM