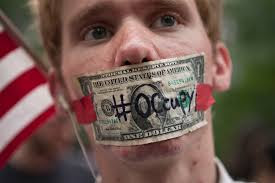 Freedom is never free. The road is drenched in the blood of those defending it, as it will always be.

Coming this Sunday in As It Stands - Smile: ‘They’ only want to get to know you – is about the progress Big Brother is making in our society today. Our First Amendment Rights have been under assault since 9/11. Last week, the Senate unanimously passed a bill that would severely limit the First Amendment rights of protesters. Now known as the “Anti-Occupy law,” H.R. 347 makes it a federal offense to “enter or remain” in an area designated as “restricted.” 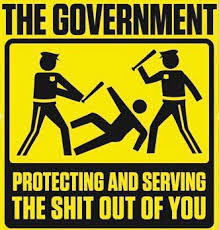 As RT.com (via the ACLU blog) put it:

Under the act, the government is also given the power to bring charges against Americans engaged in political protest anywhere in the country. The new legislation allows prosecutors to charge anyone who enters a building without permission or with the intent to disrupt a government function with a federal offense if Secret Service is on the scene…

It also restricts access to buildings or grounds that are connected to a “special event of national significance,” or a National Special Security Event, which are so categorized by a simple stroke of the pen by the Department of Homeland Security.

The Daily Paul, a blog

dedicated to Ron Paul, who was one of only THREE congressional members to vote against the measure, was so alarmed they simply asked: “Is this real?”

If President Obama signs the bill into law, it means that any person protesting a Romney or Santorum event (since they enjoy Secret Service protection) could potentially be arrested, fined, and incarcerated for a year.

It means that protest of national or global summits could be punishable under federal law. It means that government workers striking outside of government buildings or ‘special events’ could be thrown in jail. And it means that certain Occupy gatherings would be expressly forbidden.

H.R. 347 is the definition of authoritarianism. It is a serious and blatant violation of the First Amendment rights of every American citizen. And it should be repealed immediately.

Update: Conveniently, this bill would also undermine protest efforts at the upcoming Democratic and Republican National Conventions. Congressmen Justin Amash (R-MI), one of the few to oppose the bill, has published this on his FB page:

“Current law makes it illegal to enter or remain in an area where certain government officials (more particularly, those with Secret Service protection) will be visiting temporarily if and only if the person knows it’s illegal to enter the restricted area but does so anyway. The bill expands current law to make it a crime to enter or remain in an area where an official is visiting even if the person does not know it’s illegal to be in that area and has no reason to suspect it’s illegal. (It expands the law by changing “willfully and knowingly” to just “knowingly” with respect to the mental state required to be charged with a crime.)”                  Sourced from The Daily Agenda