What happens to people who follow roads of enlightenment that later turn out to be paths of destruction? If they’re lucky, they learn a lesson and move on to better things.

If they’re not so lucky, they die like the disciples of that crazed lunatic, the Rev.Jim Jones, founder and leader of the Peoples Temple, which is best known for the November 18, 1978 mass suicide of 913 Temple members in Jonestown, Guyana.

I ran across another false prophet recently. He teached a so-called life-affirming Tantric philosophy called Anusara yoga. It gained world-wide renown in recent years, but the founder’s vision is littered with loot and lies. 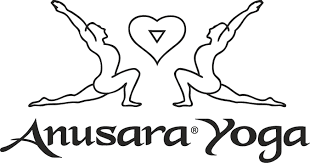 John Friend, the founder of Anusara yoga, (photos above) is facing some serious accusations of both sexual and financial misconduct. Unlike that madman Jones, Friend has not hurt anyone physically. Mentally, it’s another story. Friend has taken a leave of absence, sent out a public letter of apology and told his many followers that he's immersing himself in a period of "self-reflection, therapy and personal retreat," according to numerous news outlets.

While he’s on his retreat somewhere between 60 to 75 teachers have resigned.People are wondering if Friend's alleged penchant for sex, drugs and other peoples' money will taint the entire community of yoga, a form of exercise that touts physical as well as mental and spiritual discipline. It’s hard to say.

I suspect, Friend (was there ever more irony to a name?) mixed just enough good advice with outright bullshit to keep everyone bamboozled. In a zone as it were. I’m not mocking yoga here folks, so uncurl yourselves from the lotus position and read on:

"My guru was very clear on this point," Tommy Rosen, who's been practicing yoga for 20 years said. "When you teach yoga, there's a mantra you say before you teach. 'I am not a man. I am not a woman. I am not a person. I am not myself. I am a teacher.' When you step into a yoga studio and you're the teacher, there needs to be a boundary there." (source)

Posted by ImBlogCrazy at 8:49 AM