Here’s your chance to get a free bridge, white Coca Cola cans, and what if the Internet was invented 100 years ago?

Your just in time for a cup of coffee. Pull up a chair and prepare to be entertained. I’ve got an eclectic selection of stories for you. Enjoy:

Want to buy a bridge? Kentucky's giving one away

Officials in Kentucky are so keen to get rid of an obsolete but historic bridge on a rural stretch of highway that they are trying to give it away -- and even offering to dismantle and deliver it to its new home for free.

The 82-year-old span on state Route 80 in southeastern Kentucky needs to come down so a new bridge capable of handling heavier traffic can go up, the state Department of Highways said. But state officials would prefer not to demolish the existing structure, a 450-foot metal truss span built in 1929 that is eligible for inclusion on the National Register of Historic Places. So they are seeking to give it away. To sweeten the pot, the state is willing to have the bridge disassembled, transported and off-loaded at no charge. All the new owner has to do is reassemble and maintain it, said H.B. Elkins, spokesman for the Department of Highways, District 10, where the bridge is located.

Coca-Cola Co. is turning its red cans white to help draw attention to a campaign to protect polar bears and their habitats. Coca-Cola is giving $2 million to the World Wildlife Fund to support its work on polar bear protection. The two organizations are encouraging consumers to donate $1 and the beverage maker has agreed to give another $1 million to match these contributions. 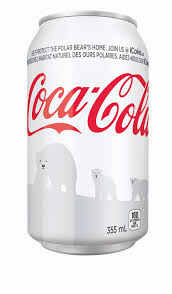 The company said 1.4 billion of the white cans, along with white bottle caps on several products, will hit store shelves Nov. 1. The white cans will feature an image of a mother polar bear and her two cubs.

The "Arctic Home" campaign is designed to encourage people to learn about and help protect the polar bear's Arctic home.

What if the Internet Was Invented 100 Years Ago?

We young'uns are all under the impression that, aside from the occasional fashion choice and their hilarious racism, people from the distant past were pretty straight-laced. This is only because of lies our grandparents and Tom Brokaw told us! Turns out that people from the last turn of the century were just as weird as people from this one. The Olds aren't going to get away with lying to us anymore, thanks to Black and WTF, the site that collects bizarre pictures from old times and puts them on your futuristic internet. Some of the pictures are forgeries, sure, but picking them out is half the fun! Go to Black and WTF to see more photos.

Time to walk on down the road….

Posted by ImBlogCrazy at 8:17 AM