As It Stands: Up in smoke: Obama’s promise to medical marijuana users 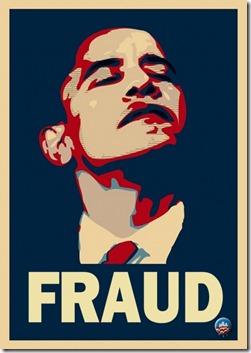 By Dave Stancliff/For The Times Standard
Remember how President Obama assured us he would work with the states who enacted medical marijuana laws when he campaigned for the presidency?
He sure was blowing smoke on that one, wasn‘t he?
"The Obama administration really is more aggressive than the administration of his predecessor," said Americans for Safe Access (ASA) spokesman Kris Hermes in a  recent interview.
The vast difference between Obama’s promises and what his administration is doing against medical marijuana has shocked many who voted for him. The “bringer of change” dangled some hope to states that approved medical marijuana, thereby snagging many votes. Obama clearly forgot what he had promised the states and the people living there after he got elected.
Obama’s war on medical marijuana is escalating and he’s blatantly trashing his promises. Incredible as it may seem, his administration has stated, “There are no medicinal properties in marijuana.” Not only is that a ridiculous thing to say, it’s a lie.

In the last twenty years, numerous independent studies and research done at universities across the country have revealed an ever-increasing number of medical applications for marijuana. Yet the Obama administration refuses to conduct any research on its own that might prove marijuana has medicinal properties.
Instead, they’ve chosen to conduct a search-and-destroy mission in California to eliminate state-approved pot dispensaries. A reign of terror intended to send a message.  It doesn’t matter that they take away people’s medicine and their way to get it safely.
“We're not at war with people in this country," Obama's drug czar Gil Kerlikowske told The Wall Street Journal in May. I beg to differ. The raids on medical marijuana dispensaries have actually increased under Obama’s watch.
The DEA propaganda machine tells the public marijuana has no medical qualities and is as dangerous as heroin. These outright lies are easily disproved by current and past research.
Over the past eight months Obama has become arguably the worst president in U.S. history regarding medical marijuana. The most recent example is what happened to Northstone Organics, a Mendocino collective. They are the perfect example of cooperating with state law enforcement. The non-profit has been featured on Frontline (The Pot Republic), and was a pioneer for Mendocino County’s “ziptie” program.
The Feds raided them anyway. California NORML Coordinator, Dale Gieringer, denounced the raid as a “shameful and despicable” attack on California’s most successful legally regulated marijuana cultivation program.” 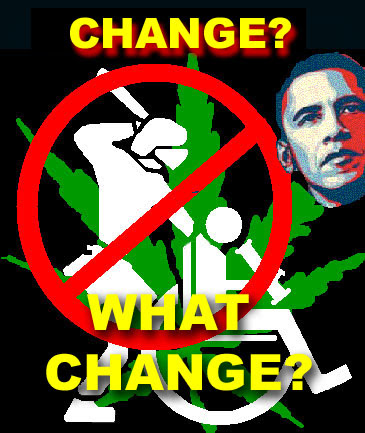 Escalating the war, US Attorney Laura Duffy says she’ll go after any marijuana advertising in the media. On September 21, Obama's ATF issued an open letter saying gun shops cannot sell guns to medical marijuana patients -- or people who are known to be addicted to drugs other than alcohol or tobacco, ironically enough.
Despite a previous Department Of Justice memo that targeting medical marijuana is an inefficient use of time and resources, four California-based U.S. Attorneys and their staffs have vowed an aggressive new crackdown on medical marijuana operations throughout the state.
After Obama's inauguration, Attorney General Eric Holder said federal prosecutors would not enforce action against patients or providers who adhered to state law. Six months later, the new policy was officially articulated in the landmark Ogden memo: "Prosecution of individuals with cancer or other serious illnesses who use marijuana as part of a recommended treatment regimen consistent with applicable state law, or those caregivers in clear and unambiguous compliance with existing state law who provide such individuals with marijuana, is unlikely to be an efficient use of limited federal resources." 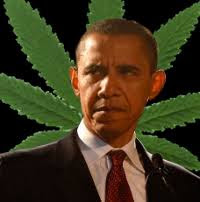 What happened? Why the rabid all-out assault now? Either Obama has a short memory, or he’s been lying all along and waiting for an opportunity to step up the senseless war on marijuana. Also, look at the ties between Big Pharma (opposed to marijuana legislation for competition reasons) and the Obama administration.

As Obama campaigns for his second term, one thing stands out to me: he’s an expert flip-flopper when it comes to political expediency.
What you can do about this senseless war is to urge your Representative to co-sponsor HR1983, a bill forcing the Feds to stop their raids on state-approved medical marijuana programs.
As It Stands, I suspect Obama (a former pot smoker) is going to have to answer to a large block of medical marijuana users who vote in 2012.

Posted by ImBlogCrazy at 8:20 AM

He needs to be questioned about this issue on live TV?