China cuts back on entertaining TV, the great bee escape, and Rand admits to screwing up pot poll 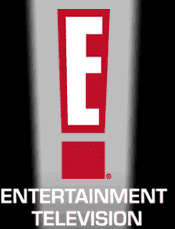 Your just in time for a cup of hot coffee and a look at some of today’s headlines. This mornings trio of tales runs the gamut from bees to mistaken pollsters. Pull up a seat and get comfortable:

China will limit the number of entertainment programmes allowed to air on television, from match-making game shows to dance broadcasts, and push to replace them with morality-building programming, Chinese media reported on Tuesday.

China's State Administration of Radio, Film and Television starting next year will restrict shows that "record the dark and gloomy side of society", the Southern Metropolis Daily said. "For every satellite TV station, no more than two entertainment programmes can be aired during prime time from 7:30 p.m. to 10:00 p.m. every night," the paper said, citing a directive from the national broadcasting watchdog. 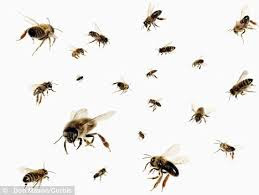 A flatbed truck carrying hundreds of beehives overturned near a construction zone on a Utah highway, freeing millions of bees and forcing authorities to temporarily close Interstate 15, officials said on Monday.

"The driver lost control, hit the concrete barrier and rolled over. Of course, we then had bees everywhere," said Corporal Todd Johnson with the Utah Highway Patrol. The highway in southern Utah was shut down for several hours on Sunday evening and Monday morning, officials said. Local beekeepers worked through the night to gather the escaped bees. Officials said there was a net over the beehives but bees still managed to escape after the truck overturned.

In a rare move for one of the nation's most highly regarded research institutions, Rand Corp. on Monday retracted a controversial report on crime around Los Angeles medical marijuana dispensaries after realizing that it failed to include any crimes reported by the city's Police Department.
Researchers with the Santa Monica-based think tank used crime data compiled by a firm that collects information from about 1,200 law enforcement agencies, including the Los Angeles County Sheriff's Department, but not the LAPD.

"They made mistakes," said Debra Knopman, a Rand vice president and director of the infrastructure, safety and environment division. "What we're wrestling with is how the mistakes went undetected."
The extraordinary lapse has the esteemed institution closely examining how it reviews its research. The discredited report went through an internal and an external peer review.
"This is not something we take lightly," Knopman said. "This is a rare event, but it's happened, and it's absolutely leading us to take a renewed look at the procedures we follow.

Posted by ImBlogCrazy at 8:38 AM