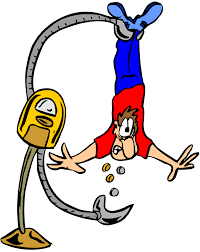 Massive parking fines inspired one Australian man to create an iPhone app that lets users warn each other when parking officers are spotted lurking near their cars.

"The idea was pretty much born out of frustration," said Joseph Darling of "ParkPatrol," the app developed by his Sydney-based firm to help users avoid tickets that cost what he said was at least $82 Australian ($81) a shot -- and often more.

The app lets users "sign in" and report sightings of parking officers with a single push of a button. Cartoon faces wearing a police cap then appear plotted on a map of the area, along with a notice thanking them.

The app will also alert users if a parking officer is spotted in their area and how close. Notification options for 500 meters (1,640 ft), 200 meters and 100 meters are available.”