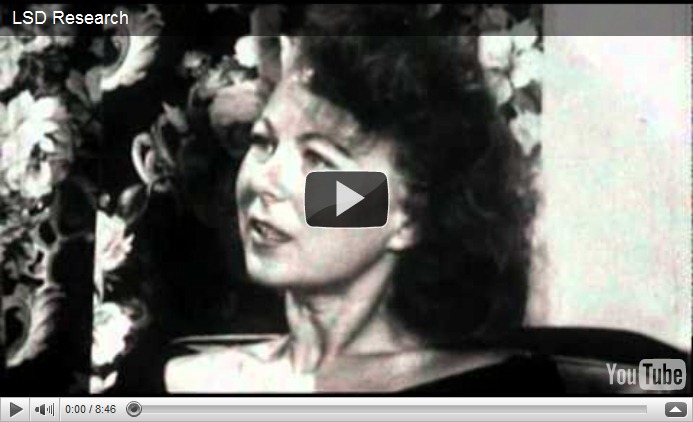 A housewife was filmed tripping on LSD as part of a television program on mental health issues in 1956.

Don Lattin, an author of four books including "The Harvard Psychedelic Club," found the video during his research on British writer Aldous Huxley, philosopher Gerald Heard and Bill Wilson, the co-founder of Alcoholics Anonymous, who were prominent thinkers and writers about the effects of hallucinogenics in the 1950s and '60s.