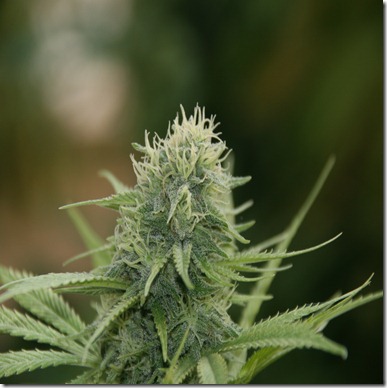 “The mainstream media is in a frenzy over statement's issued today by the Justice Department alleging that the office will "vigorously enforce" federal anti-marijuana laws in California, regardless of whether voters enact Proposition 19 this November.
To which I'd respond: So what? Of course the Obama administration is wedded to America's failed prohibition policies. After all, it is their policy. And of course the voters of California cannot change the federal Controlled Substances Act via a statewide vote. Nobody ever claimed that they could.
However, here's what is noteworthy. Despite the claims of various Prop. 19 opponents that the measure is in direct conflict with federal law or is somehow ‘unconstitutional’ and would thus be 'preempted' by the Feds, at no time today did the federal government challenge the fact that Californians have the legal right to determine their own marijuana policies. Rather, the federal government simply reinforced that they remain of the opinion that marijuana ought to be criminally outlawed - a position that is out of step with the American public’s sentiment.

Furthermore, Californians have been here before, and not just in 1996. Seventy-eight years ago this November, Californians overwhelmingly voted for the repeal of a morally, socially, and economically failed public policy - alcohol prohibition. Voters did not wait for the federal government to act; they took the matter into their own hands. And they will do so again this November.
Finally, it goes without saying that the federal justice department - verbal bluster aside - lacks both the resources and the political will to take on the role of targeting and prosecuting the estimated 3.3 million Californians who are presently consuming cannabis for non-medical purposes. These duties are relegated to state, not federal, law enforcement officials. Just as medical marijuana has existed as a legal market in California, in obvious violation of federal Controlled Substances Act, Prop. 19 will too remain the law of the land post-November 2.
Which ultimately begs the question, "If a government's legitimate use of state power is based on the consent of the governed, then at what point does marijuana prohibition - in particular the federal enforcement of prohibition - become illegitimate public policy?"

Posted by ImBlogCrazy at 3:08 PM

Can we put the Bud picture in Carl's corner?