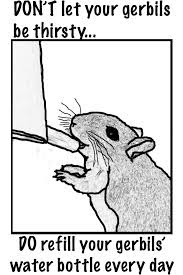 The Bulwer-Lytton award is given annually for the worst first sentence of a novel. Contestants craft deliberately bad opening lines. Molly Ringle (Seattle, Washington) took the 2010 prize with this gem:

For the first month of Ricardo and Felicity’s affair, they greeted one another at every stolen rendezvous with a kiss — a lengthy, ravenous kiss, Ricardo lapping and sucking at Felicity’s mouth as if she were a giant cage-mounted water bottle and he were the world’s thirstiest gerbil.

The Bulwer-Lytton Fiction Contest (BLFC) is a tongue-in-cheek contest that takes place annually and is sponsored by the English Department of San José State University in San Jose, California. Entrants are invited "to compose the opening sentence to the worst of all possible novels" – that is, deliberately bad. According to the official rules, the prize for winning the contest is "a pittance",or $250.

"It was a dark and stormy night."