Are People Capable of Changing Their Thinking if Presented with Facts? 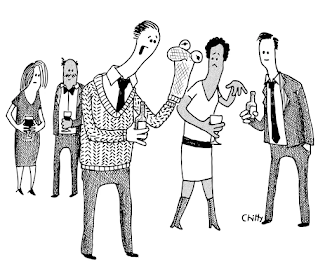 There're people in our society so hard-wired against reality that they literally live in a different universe than you and I do.

I suspect you already knew that.

You also probably know these individuals are always seeking confirmation bias sources to boost their beliefs. For the sake of illustration take the hard right media platforms like Fox News and Newsmax that promote conspiracies and lies for ratings.

My question today is two-fold; have you ever met or known someone who did a complete turnaround after living for years in an alternate universe - and do you think it's even possible?

Over the course of seven decades, I've met some real "characters" that were both harmless and violent. Some were and are relatives. I have cousins living in rural areas back east who were raised like free range chickens and never went to school. The kicker?

They're Trump cult followers. It's pure folly trying to convince them that their idol is the worst president this country has ever had and is a current threat to democracy and the rule of law. They live in a bubble like most of the Trump supporters I've met do.

I read in some medical journal that facts can be too threatening for some people, and they take them as personal insults. Their very existence is a declaration of war for someone with convoluted beliefs.

From what I've seen in life and read the possibility of changing a person's world view is slim to none. The reasons are legion and too complex for me to outline here in limited space.

Does that mean you shouldn't try to correct someone when they tell a lie? No. Truth is what tethers us to reality. We just shouldn't realistically expect it to have any kind of impact on someone living in an alternate world.