Should There Be an Age Limit for Politicians and Judges? 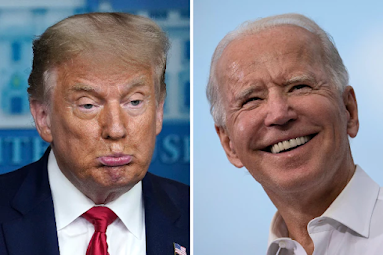 Lately folks have been talking about President Joe Biden being too old (he's 80 years old) to run for a second term in the Oval Office.

The chatter in the corridors of Congress is the party should be looking for new blood.

Rumors continue to swirl around the country that Trump is running for re-election in 2024. He's 76 years old. Not exactly a spring chicken.

Then I read that Italian cinema icon Gina Lollobrigida is running for a Senate seat in her country's elections next month. By the way, she's 95 years old!

All of which leads me to ask if we should put age limitations on politicians and judges? I've got to watch out here that it doesn't appear like I'm espousing age discrimination (full disclosure I'm going on 72 in November).

I'm honestly wondering just when a person's thought process starts getting murky. Does it automatically happen when we turn 65? Is it safe to say people's mental acuity slips after entering their 70s?

As far as judges go

I strongly feel that judges (especially Supreme Court justices) should retire when they turn 80 years old. Logic says that their mental agility and memories dim - some at a faster rate than others - after achieving that milestone.

As far as politicians go

Wouldn't it be nice if Congress was no longer a retirement home for old politicians?

After considerable thought I think the retirement age for Congressional politicians should be 60 years old.

According to the Congressional Research Service, the current average age of senators is 64.3 years - the oldest in history. Last year West Virginia's Robert Byrd died at 92 after funneling an estimated $10 billion to his constituents during his 51 years in the Senate.

Another option to having a senior center for lawmakers in the Senate is term limits. A person could only serve for three terms and then they would have to move on with their lives.

** "My grandmother started walking five miles a day when she was sixty. She is ninety-seven now, and we don't know where the heck she is!" -Ellen DeGeneres

** "Age is an issue of mind over matter. If you don't mind, it doesn't matter." -Mark Twain

**"As you get older, you don't get wiser. You get irritable." - Doris Lessing

What do you think about putting age limits on politicians and judges? Is it a crazy idea? Should I just be quiet and find someone to play a game of checkers with?

As it Stands, don't be shy, drop on by, anytime.