Let's Talk About Dealing With 'The Other' in Our Lives 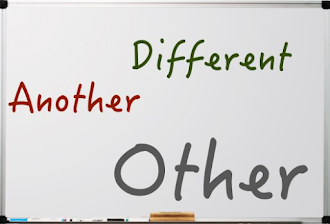 At one time or another we've all had to deal with situations in our lives where we were told that "the others" are to be feared.

** Many Caucasians fear others with dark skin.

** Some religions instruct their flock to fear any other religious teachings than theirs, declaring all of the other church's believers' heretics and sinners destined for hell.

** In almost all cases the other side of an argument or political ideology is demonized as a matter of course.

** The very idea of being outside the societal norm makes some individuals the other because they don't conform with the majority's viewpoint of what's acceptable.

** In war the other side is unmistakably the enemy. They are to be feared and killed upon contact. No ambiguity there.

3 Ways of Dealing with the other

I've discovered various ways of handling situations involving the other side of anything. You may employ the same techniques already, but if not read on...

1. Don't argue with an idiot about anything. MAGA world inhabitants live in an alternate universe and will attack outsiders.

2. Attempt to keep respect for another view (even if you think their wrong) when discussing issues. Listen to the other side before reacting to it.

3. Be calm while stating your side to an issue. Bulging eyes and a red face seldom promotes compromise and understanding of your point of view.

Guess what? There was a movie made in 1972 called The Other. It was a psychological thriller directed by Robert Mulligan.

I suppose a 2001 movie titled The Others qualifies too. It starred Nicole Kidman and was about a woman who lives in her darkened old family house with her two photosensitive children and becomes convinced the house is haunted.

Had enough for today?

I'll wrap it up with an invitation to visit again tomorrow. Auf Wiedersehen!