Oh Baby! Where Did You Get That Name? 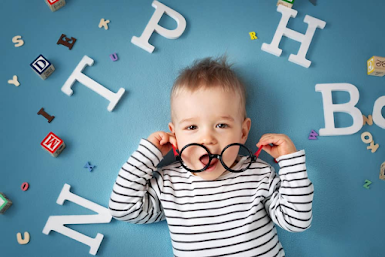 Her siblings were named Dweezil and Diva Muffin.

What kind of parent would do that to a kid?

The answer is a lot of parents give their offspring unusual names... just because.

One of the wackiest names I've seen recently is Hellzel. The mother liked the name Hazel while the father was a biker and wanted to work in the Hells Angels. The result was Hellzel.

Only in the 70s... a Wisconsin baby was born with the name Marijuana. The now teacher and mom told reporters that she has never touched cannabis.

How about Fifi Trixibelle? She was named after Bob Geldof's aunt Fifa, with Trixibelle because his wife Paula Yates wanted a "Belle" in the family.

One of my favorite names is Kal-El because it's Superman's Kryptonian birth name. It doesn't take Sherlock Holms to guess that the parents were big fans of Superman.

Back in 1884 there were at least five male babies registered in the U.S. named Man. I can't imagine the challenges these boys ran into during their lives.

If you think naming a kid Almond is nuts, it's worth noting it was actually a common name in the late 19th Century. Experts say it was a variation of the popular name Almund, itself a contraction of Adalmund.

Look at the name Sylvester Stallone chose for his eldest son... Sage Moonblood! What else would you expect the star of Rambo and Rocky to pick?

How crazy is this? During the pandemic one set of parents named their twins Covid and Corona!

A lot of parents in the 1990s thought that the start of the alphabet - ABCDE - made a great name. There were more than 300 people (mostly girls for some reason) bearing the name by the start of the 2000s.

Finally, my wife and I wanted to name our second son Sundance, but our family thought we were crazy and would stigmatize the poor child for the rest of his life. We finally relented and named him Elijah and settled with Sundance as his middle name.

I hope you enjoy reading this post. As it Stands, I'll meet you here again tomorrow.