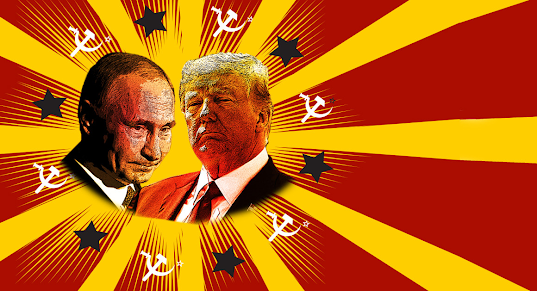 The world's most renowned cybersecurity experts found unexplained communications between an email server used by the Trump Organization and Alfa Bank, one of Russia's largest financial institutions, back in October of 2016.

Under Trump's regime the story was buried and discounted. A massive disinformation program was pushed by Trump minions AG Bill Barr and other corrupt officials.

Just before Trump was kicked out of office he appointed a lackey, John Durham, as a special counsel to look into the origins of the Russia investigation. It was a desperate last minute attempt to keep the Russia disinformation campaign flowing.

Last week, Durham brought charges against Michael Sussmann, a cybersecurity lawyer and former computer crimes prosecutor, who he claimed represented a technology executive and the Hillary Clinton campaign and lied to the FBI.

In fact, Sussmann told the truth as later revelations show. Daniel J. Jones, a former investigator for the FBI and the U.S. Senate, filed a lawsuit against Alfa Bank on Sept. 14, 2021.

Jones' 2018 report found that the Trump server was configured to accept incoming mail from certain entities and to reject all other incoming messages.

After submitting a 600+ page report in 2018 to the Senate, Republicans made it disappear.

Still, with the information gathered by cybersecurity experts it's apparent the case against Sussman and another cybersecurity officials is going nowhere. Facts have disputed Durham's bogus report.

The damning testimony given by Sussmann about the relationship between the Trump organization and Russia's largest bank is now public knowledge.

When the New York Times shared the DNS data (accumulated by Sussmann and others) with Alfa Bank's representatives the Trump Organization took down their email domain two days later.

But the damage was done. An investigation was launched. Jones filed a lawsuit on Sept. 14, and the previously stuffed reports he wrote during Trump's reign, were made available.

The Sussmann indictment has actually opened a Pandora's Box of Trump lies instead of the false narrative given by Trump's corrupt lawyer.

The irony in all of this can't be ignored. Republicans spent years going after Hillary Clinton over her email server. Now the shoe is on the other foot.