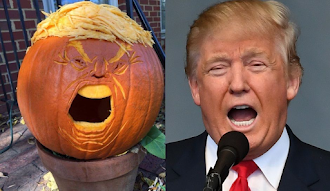 Last October the Haunted House season was canceled by the pandemic.

Nothing was more scary than COVID-19 which was killing thousands of unvaccinated Americans daily.

The Grim Reaper of reality was more than enough fear for most. Somehow, being scared to death by students dressed up like monsters in haunted houses just didn't seem right. Or, safe.

The Haunted House season is back this year and a lot of people intend to make up for last year's pause in horrific fun.

The king of all the haunted house events - Halloween Horror Nights at Universal Studios in Hollywood - is ready to serve up ghoulish experiences for cash.

As expected, the production value of the "scare rooms" is excellent as visitors cower from Michael Myers of "Halloween," and Leatherface from the "Texas Chain Saw Massacre."

Local fundraising events sponsoring haunted houses will once again open up across the nation.

Yes, the experience will be a little weirder as face masking is practiced indoors to slow the spread of the Delta variant. 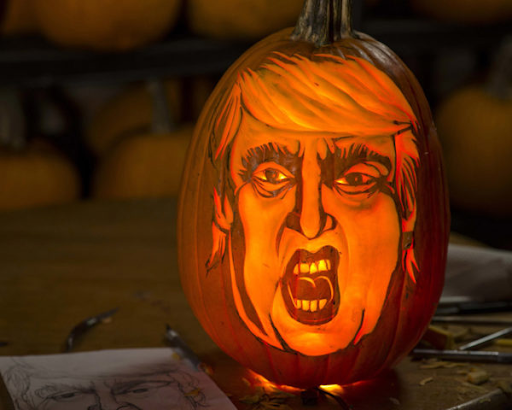 The scariest haunted house this season - by far - will be a private affair for Trump minions at Mar-a-Lago holding a fundraiser (what else?) to overthrow democracy.

Giant Trump-O-Lanterns will look down (according to one insider) at the gathering of Trump supporters wearing sheep, ostrich and chicken costumes.

The faithful will be channeled like a snake through a maze of rooms that will be a collection of all of their fears.

Visitors cries of horror and surprise will ring throw the rooms like a symphony of lost souls as they see the BIDEN ROOM, where it shows him as the current President of the United States.