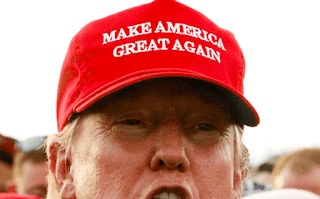 Memo to Trump and his Minions;

You've managed to turn hats and clothing attire into symbols of hatred and intolerance. Your MAGA hats universally evoke comparisons to Nazi swastikas'.

You're turning out t-shirts with profanities against minorities, and anyone else you don't like. Your mug with it's bronze make-up on t-shirts and jackets is a sure sign the wearer is an intolerant asshole who doesn't like anyone who doesn't worship you. 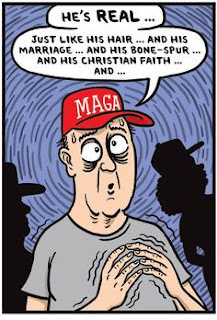 Someday MAGA attire will become a regular Halloween costume. For all I know it already is. I quit celebrating Halloween when you were elected Donny... it's been a horror show ever since.

Enjoy it while you can you MAGA morons in Congress, and across the rest across the country. You're all going to just be a bad dream after November 3rd." 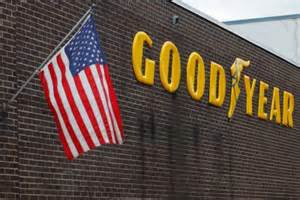 This great American company and industry icon is being attacked from Trump and his cronies because their standing by a corporate policy of banning political messaging.

MAGA morons working at Goodyear are crying foul because they can't wear their favorite symbol of intolerance, the red MAGA hate, or t-shirts with Trump's ugly face and obscene messages.

The typical Trumpian response of calling out to his minions to boycott Goodyear was nothing more than a pissed-off nine-year old acting stupid.

In other words, par for the course for the biggest outright liar and manchild on the planet.

Quote for the Day: "The greatest threat to America is not foreign terrorists, its domestic morons." -John Fugelsang
at August 20, 2020