Pandemic Diary Day 95: Who Are These People Attacking Healthcare Officials? 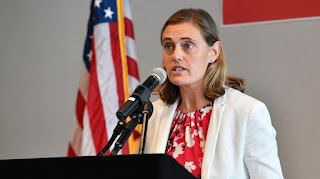 California healthcare officials are quitting their jobs at an alarming rate. That's real bad news for the general public in the middle of a pandemic.

What would make a professional with years of service suddenly quit their job? The answer is embarrassingly clear; crazed protestors who don't believe in wearing face masks or using vaccines to control viral outbreaks.

During Trump's presidency he's managed to lure people away from science and reason, and converting them into believers of his outrageous conspiracies'.

So what did the county do afterward?

A few days later, after the resignation of the chief health officer the district supervisor said masks would be "strongly recommended" instead of required.

**A Contra Costa County public official was terrified by protestors who demonstrated outside her home and drew chalk arrows leading to her house. They wrote slogans in colored chalk like, "My Body, My Choice, Tyranny is Not the Answer, and "Your neighbor thinks he has the power."

Police ended up posting a security detail outside the official's house after live stream protests got even more ugly.

Being a public health official is no easy task anytime, but the kind of organized domestic terrorism being used to stop them from warning the public to be safe and wear face masks, is unprecedented.

This is the kind of hate and ignorance the Trump regime has spawned.

There's no mystery on whose attacking science, facts, and common sense... they wear little red caps that say MAGA on them. 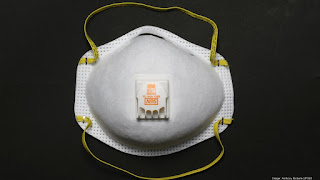 She also gave her reason for allowing the state's largest county to reopen even as coronavirus cases surge. Apparently her rational was Multnomah County didn't have rising hospitalizations for COVID-19 and so it was safe.

The problem with that excuse is Oregon Health Director Pat Allen admitted that wasn't true!

It doesn't sound like people will get arrested for not wearing masks, so I imagine most people will ignore the governor's "request."

I foresee problems enforcing that. I just read about a Trumpie getting kicked off a plane for refusing to wear a face mask despite the airline's requirement.

Quote for the Day; "The man of science has learned to believe in justification, not by faith, but by verification." - Thomas H. Huxley
at June 19, 2020