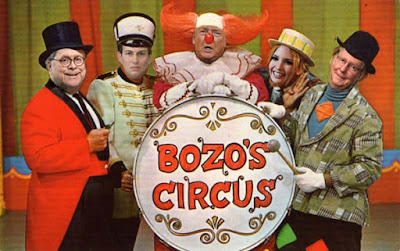 Coming to states soon... the Trump Circus is hitting the road with it's first scheduled stop set for Tulsa, Oklahoma on June 20th.

In a nod to his white nationalistic supporters, Trump working with a select committee of racists, scheduled the rally in the month of the anniversary of the worst white-on-black massacres (300 people murdered and buried in a mass grave) in Tulsa, and American history.

In the weeks ahead the Trump Circus intends to hold large indoor shows with no face masks or social-distancing, in the swing states... which are showing increased signs of the coronavirus resurfacing.

Trump and his collection of classic clowns plan to hold the Republican National Convention in Jacksonville, Florida... which by the way is one of the states showing a Covid-19 surge.

Oh yeah! This date has significance too... for white nationalists. It's the 60th anniversary of a brutal KKK attack on Black activists known as "Ax Handle Saturday."

To make sure no one sues the circus, Trump's bigly 3 Ring Racist Galas require attendees to sign a waiver stating if they get the virus they won't hold anyone responsible. 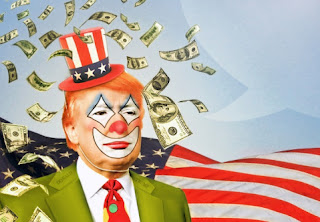 The ringmaster is, of course, Trump himself, with his bright orange makeup and a squirrel on his head.

He knows how to bring entertainment to new lows, much to the delight of his mostly undereducated followers.

I suspect that future historians will record this period as the COVID Super Spreader tour to re-elect Trump, which also managed to thin his base out contributing to the historical landslide loss he suffered in November.

On the Homefront - Medford, Oregon
And they're off! 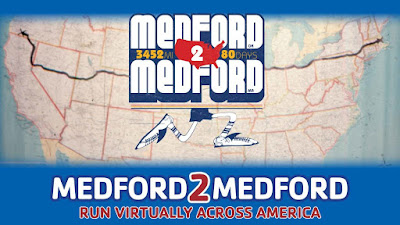 A "race" across the country, an event inspired by one man's journey 42 years ago, began in Downtown Medford last Thursday.

The virtual trip to Medford, Massachusetts was literally pulled off by Dave McGillivray in the summer of 1978. The Medford2Medford Run's goal is to finish the equivalent of the same route a 23-year old McGillivray did when he covered 3,452 miles in 80 days - an average of 40 miles a day!

Quote for the Day; "When asked what profession they least like, most people will give the obvious answer: clowns." - Brian South
at June 15, 2020