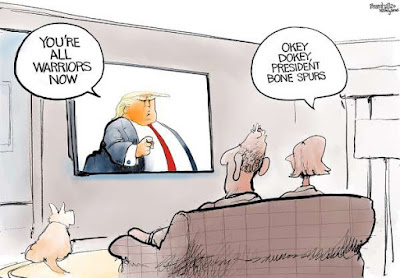 Another barrier to stop Trump's runaway corruption is gone.

The victim of another Friday night news dump, the inspector general for the State Department, Steve Linick, was unceremoniously fired without explanation.

This follows a pattern (since the senate foolishly acquitted Trump of his crimes) of firing inspector generals to conceal his corruption. It's a blatant display of power coming from a scared sociopath that fears the truth more than anything.

The timing of every one of the IG's firings reinforces the fact Trump is undermining independent oversight of his crooked administration.

This latest firing of Linick has infuriated Democrats who have called for an investigation over the obvious retaliation against Linick who was investigating Secretary of State Mike Pompeo.

According to House Foreign Affairs chairman Eliot L. Engel, Linick had been looking into Pompeo's misuse of a political appointee at the department to perform personal tasks for himself and Mrs. Pompeo.

With the clock ticking closer to November every day, Trump's all out assault against any perceived enemy or obstacle, is on Warp Speed (the latest laughable name for a Trump miracle vaccine drive) to disseminate as much disinformation as possible before election day.

To be clear; Trump is bored with the pandemic and wants to hold his rallies and tour the country with his medicine show, spewing lies and conspiracies' with wild abandon.

Meanwhile, he' staying busy attacking anyone in government who dares to stand up before him and call bullshit on his lies.

Historians will look back at Trump's regime and will use it for a cautionary warning to all Americans, that if a presidential candidate is not properly vetted (one look at his taxes would have eliminated him right away), we'll end up with another Trump... and that time we may not be so lucky in getting rid of a Trump clone.

On the Homefront - Medford, Oregon
**The White House claimed Oregon ranked in the bottom four for coronavirus testing. Not true. Read this. 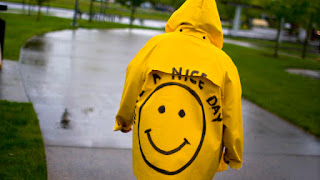 Today, and next week, will be wet days and moderate temps in the 60s and the 70s.

Quote for the day; "Corrupt politicians make the other ten percent look bad." -Henry Kissinger
at May 17, 2020