Pandemic Diary Day 63: 'How To Watch Everything, or When Did We Stop Thinking For Ourselves?' 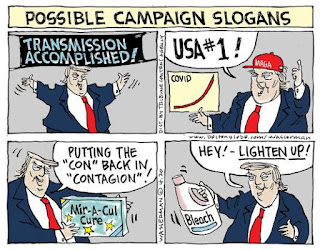 It's both amusing and disgusting.

"It" being the media's (both mainstream and social) use of the phrase, "How to watch..." and then fill in the blanks.

People are now being told how to watch something. Anything. Everything. It strikes me as one of the obvious signs of our dumbed-down country that we need an explanation for what use to come naturally.


How to watch...
**The Republican election strategy meeting on Thursday night somewhere beneath the bowels of the White House

**The March of the Starving Penguins in the North Pole

**Trump give a speech about vaccines without vomiting

**A special report on Fox News about, "The Deep State." (Hint: make sure to wear tinfoil hat before viewing)

**A cluster of invasive Murder Hornets mistakenly released at wedding ceremony instead of  butterflies!

I feel it's my sacred duty to document the decline of knowledge in our nation today. Using satire is one way of getting my message across for future readers of this blog.

America went astray a generation ago when the emphasis on public education was reduced to the bottom of every list of programs that needed funding.

We're paying the price now. Just look at our president.

On the Homestead - Medford, Oregon 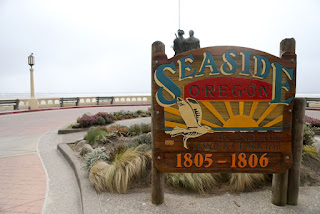 Comic relief
I got a good laugh at the small crowd (15 to 25 people) who gathered in Seaside to protest with signs that read "Reopen the Coast" the other day.

Apparently someone informed the angry group of patriots who just wanted their personal freedom, that the governor was opening up the Coast the next day! The group quietly left an hour before the scheduled protest was supposed to end.

**Thus far there has been 3,710 cases of the novel coronavirus, with no new deaths reported.

**What I've gleaned from the national news is that Oregon has done a good job of containment, and is one of only nine states considered to be safely re-opening according to CDC guidelines.

Regardless, Shirley and I have no plans to go anywhere (other than necessary shopping) to test how well our fellow Oregonians practice safety - like wearing face masks and social-distancing.

There's no need to get all happy and stupid. Caution is the better part of valor.

Quote for the day; "By giving us the opinions of the uneducated, journalism keeps us in touch with the community." -Oscar Wilde
at May 18, 2020