Pandemic Diary Day 67: It's Friday, Who Will Trump Fire Today? 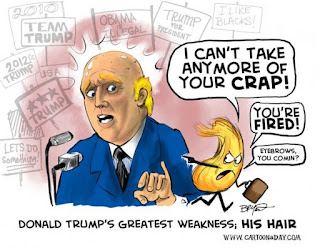 Friday night firings are just one of the ways Trump gets rid of his critics.

I've noticed he's firing government officials a lot on Friday nights lately (four inspector generals in six weeks) because they were disloyal to him by telling the truth and backing whistleblowers claims, or revealing damning information about Stump, or one of his puppets.

Why Friday night? Basically it's considered a slow news day for most organizations and stories easily get buried over the weekend.

When Trump was on reality TV he came across like a tough guy who'd fire you in person. The show was known for his silly assed "You're fired!" followed by finger pointing, and his tiny hands waving to his Apprentice fans.

As president of the United States, Trump's firing approach is much more cowardly. He likes to make a game of it, like when he abruptly fired FBI James Comey - not in person, but via the media.

Frankly, I've lost count of how many people Trump has fired in the last three-and-a-half years. It's been like watching political versions of "Chairs," or "Twister," with each firing more cowardly than the last.

Between now and November, I'm sure there will be more firings as Trump becomes more unhinged by the day.

His defiance of laws is fueled by cowardly Republicans who refuse to admit that he's a threat to this nation... even right now in the middle of a pandemic where he's defying science and endangering thousands of Americans lives.

It's pathetic and scary.

On the Homefront - Medford, Oregon
**Memorial Day - I have a list of what's open, and what's closed, and what's canceled. Shirley and I have no plans on going anywhere. We'll honor the holiday at home during this pandemic. 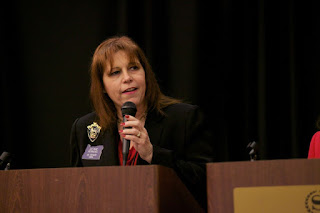 In a video she posted on her Twitter account Perkins expressed support for the QAnon conspiracy theory which claims that there's a shadowy cabal of elites - often liberals - operating a global human trafficking ring, and they engage in ritualistic abuse and sacrifice of children.


But wait! It gets better.
These QAnon supporters believe Trump is carrying out a secret mission to break up the "deep state," a term used to refer to the governmental portion of the "cabal" and end the supposed trafficking ring.

**COVID Stats - We have 3,817 confirmed cases of the novel coronavirus and a total of 145 deaths.