Pandemic Diary Day 68 & 69: Virtual, or In Person: How Americans are Honoring Memorial Day 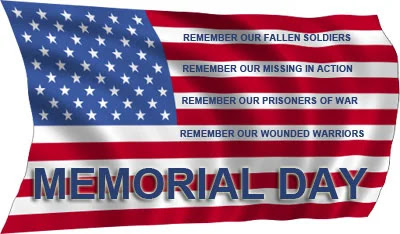 Before I allow politics to creep into my documentation of this pandemic Memorial Day, I want the focus to be on honoring and mourning the Americans who gave their lives defending our freedom.

Today, I'm mourning the loss of my comrades in Vietnam who fought an unpopular war. Their violent deaths will never leave me, as I deal with PTSD.

Because everything is controversial in this country right now, the very act of honoring our military dead has taken on partisan tones this weekend.

Friday Trump held a short press conference and issued a demand; all churches will be open Sunday.

It was an attempt to court his evangelical backers, while also looking good to other churches who've been eager to open. The downside to his stance is its going to go against COVID-19 safety regulations for churches in every state.

In his unusually short announcement, Trump threatened any governors or state politicians that didn't like his demand to open up all churches - regardless of local restrictions - they could call him and he'd set them straight.

After waddling off without taking questions from reporters, Dr. Birx gave a presentation on where the country currently stands with the coronavirus spread. As she pointed out virus hot spots, I thought about churches in Maryland, which was one of those hot spots.

Science vs reality? That's the problem under the Trump administration. Trump doesn't give a damn about how many worshippers come down with the virus after this weekend.

His rhetorical demand was nothing more than a naked attempt to get votes in November. It's not even clear if he has the power to intercede with state restrictions. But he wanted his Moses moment.

What is clear is Trump is becoming increasingly unhinged and is now totally defying healthcare experts, the CDC, and doctor's recommendations on taking hydroxycholorquine.

All Americans will be able to honor our military dead, whether its virtual services, or in some cases services held outside (depending on local restrictions).

As for churches, it'll be up to each one to hold safe services for their senior members. I wish I could say they all will, but recent history has shown some ignore advise... and that ignorance will be deadly, on a day honoring war dead. 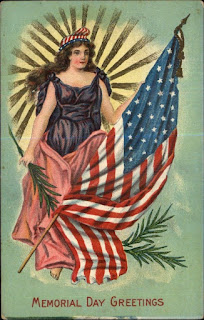 With Oregon's ban on large gatherings through September, no large Memorial Day events have been scheduled this weekend.

National cemeteries will be open for graveside memorials, and the placing of flags or flowers by individuals or small groups only.

Some ways to celebrate Memorial Day online include a virtual service recorded by Oregon City. In honor of veterans and other public servants the city's virtual event will be narrated by David Bone.

There will be a 21-gun salute by the VFW and Taps on bugle by Randy Leisure. A link to the video will be posted on the city's homepage WWW.orcity.org for viewing at 9 a.m. on Monday.

**Goodwill opened 7 Oregon stores today in a sign that the slow state rollout is going beyond "essential" businesses.

Quote for the Day; "Honor from death, I snap, is  myth. Invented by the war torn to make sense of the horrific. If we die, it will be so that others may live. Truly honorable death, the only honorable death, is one that enables life." -Rae Carson
at May 23, 2020