Pandemic Diary Day 60: The Contentious Definition of Freedom During the Coronavirus Crisis 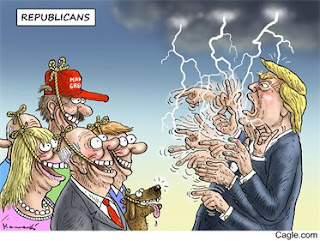 In this Age of Trump there's little hope for unity.

There's some Americans who want to live in a society that frees them, as individuals, by subjugating the community.

I'm referring to alt-right trolls, xenophobes, racist's, and Fox News crews (aka the conspiracy network) who all embrace a Trumpian definition of freedom.

The Constitution defines freedom as the liberty from...and defines all the things that are agreed upon in a civil society. The freedom of Speech. The freedom of Religion. Etc. al.

Trump and his supporters have twisted the definition of freedom to fit their selfish desires.

They claim a carte blanch existence where rules don't apply. The freedom to ignore the government. Freedom from facts. The Freedom to re-write reality daily. Freedom from science.

Freedom is a mighty word. People have died fighting for it since the earliest civilizations.

I've never seen the word - freedom - so badly defined by any group as the Trumpian interpretation; basically despite healthcare experts factual advise, Trump's encouraging people to ignore stay-at-home laws and to open up the country...and to liberate it. To free the country.

From what? The CDC? His own Coronavirus Task force?

The answer is as simple as Trump's thought process. In his twisted brain he's the great emancipator freeing Americans from decades of laws that held back the wealthy from achieving all of their greedy dreams.

This whole pandemic thing is a hoax perpetuated by the Democrats and all Trump haters.

Trump is the supreme leader who conquered the deadly coronavirus with magical thinking.

By encouraging his supporters to hop aboard his deadly dream train, Trump is gambling lives in a desperate bid to get re-elected by jump-starting an economy that's still infected with COVID-19.

On the Homefront - Medford, Oregon
**Easing of restrictions - Gov. Brown is allowing 28 counties, all retail stores statewide, to begin Phase I reopening today.

I'm hoping this isn't too soon. I know for a fact that Oregon has done very little testing. Here in Medford, few people have paid attention to wearing face masks in public. Thus far, we've only had 50 confirmed coronavirus cases in Jackson County and no deaths. I suspect that'll change when (or if) healthcare experts conduct more local testing. 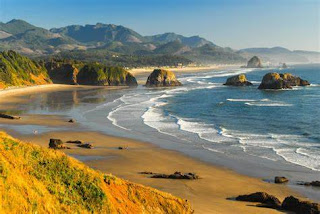 There's nine others in the area that won't be open. Here's a full list of park openings.

**Scary news - A young girl who exhibited symptoms of pediatric inflammatory multisystem syndrome (PMIS) is fighting for her life in a Portland Hospital. She's the first known case of the COVID related pediatric ailment in Oregon.

Doctors have been warned by the CDC to look out for PMIS in children earlier this week. Cases have popped up in California, Washington, Connecticut and New York. The condition is thought to affect children who have contracted the coronavirus.

Quote for the day; "For to be free is not merely to cast off one's chains, but to live in a way that respects and enhances the freedom of others." -Nelson Mandela
at May 15, 2020