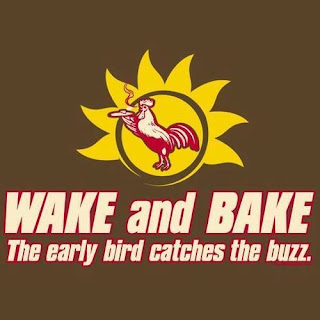 Have you ever tried cannabis infused coffee?

It's good stuff that helps you focus on the foolishness in our world.

Let's start off with these serious stories about fools:

1. Trump Slams Media In Campaign Style in Michigan
Donny is at it again, bragging about his so-called accomplishments, and threatening to shut Congress down if he doesn't get more money for his wall.

2. Joy Reid Says She Can't Prove Hackers wrote "hateful" Posts
MSNBC's Joy Reid was a fool for thinking she could cover up her hateful past posts. She showed just how big a fool she is when she tried to suggest hackers wrote those posts! NOT!

3. Lawmakers Demand Answer From Speaker Paul Ryan Over House Chaplain's Ouster
Why did partisan Paul Ryan kick the chaplain out? In the first place it's not the speaker's prerogative to terminate an officer of the House without a vote of the House.
When some Democrats and Republicans called for an answer they were voted down by the Trumpies in the group.    The word is, Ryan fired the chaplain because he thought his prayer during the Omnibus Bill was biased for the poor.
That coming from a fool who is fortunately retiring.

Need a break from this Serious shit?

A. Even the guy's penises have sideburns!

A couple of tourists were dining at a fine restaurant in the Napa Valley. After waiting for an hour the husband finally was able to catch the waiter's eye.

"I want a bottle of your best wine," he ordered.

"What year?" asked the waiter.