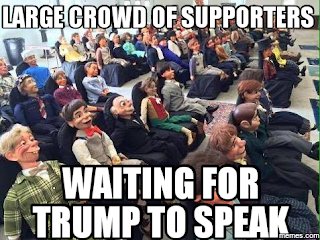 Ignorance is a weed in the garden of knowledge.

When people aren't carefully orientated to reality, it results in ignorance.

One of the biggest challenges in the 21st century is deciding what is real and what's fake.

The line between reality and make-believe has dissolved in our politics and general society. While you can argue Trump is leading the way to worshipping ignorance and alternate realities the process actually started decades ago.

The bulwark against ignorance is schooling. Careful orientation to reality is called general education. It's society's way of combating generalized ignorance.

Going to school is society's way of avoiding a general in curiousness about reality. Generalized ignorance is more addictive because it requires very little effort.

When you have a president who tells lies daily, the bar for reality is lowered. Make-believe magical thinking bolsters ignorance. It's very addicting because you can reshape the world anyway you want.

Not being hampered by reality or truth, you have carte blanche to reject anything that doesn't fit in with your world view.

When you look at Trump supporters they all have one thing in common; alternate facts, and so-called truths built on lies. That gives them license to reject science - global warming being one good example.

Dismissing reality is a good way to ignore education and truth.

You are no longer constrained to uncomfortable facts and are free to pursue an alternate path towards ignorance that fits your world view.

The disillusioned, undereducated, and fearful followers of Trump have found sanctuary in ignorance, partisanship, and alternate realities.

Reality and facts are under siege. The barbarians are at the gate.