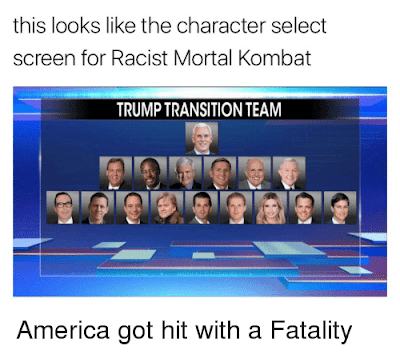 The murky waters in the West Wing have been disturbed with waves of evidence that Trump and transition team were colluding with Russia during last year's campaign.

It's been a bad week for Donny.

When Michael Flynn, Trump's former security advisor, testified that a senior Trump official (turns out to be Jared Kushner) told him to make contact with the Russians and arrange a meeting a general panic ensued among Trump's minions and Donny himself.

His frantic rabid tweets throughout the week testified to his state of mind.

Worse yet is, according to a report from ABC News, that Flynn is prepared to testify that Trump asked him to speak with representatives of the Russian government during the campaign.

Facts are shattering Trump's lies and his continued ranting is only making things harder for him.

On Saturday when Trump made his first public comments about  Flynn after Flynn pleaded guilty to lying to the FBI about speaking with Russian officials, it suggested that for the first time Trump knew Flynn had lied to the bureau at the time Flynn was fired.

It looks like Mueller is making progress in cleaning out the swamp in the West Wing, but the chore is from over. It's only going to get harder as more evidence is presented.