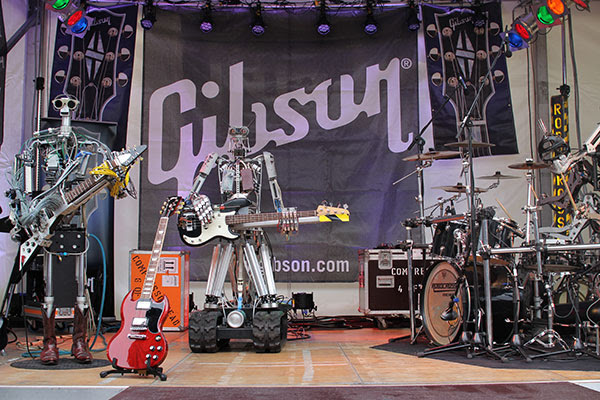 Developed in the late 1960s and early 1970s, heavy metal bands sprang from blues rock and psychedelic rock. The bands evolved over the decades until reaching their current transformation:

Compressorhead is a three-android, full-robot band that has performed live covers of Metallica, Motorhead and Black Sabbath — with real instruments — in cities from New York to Sydney, Australia, since 2013.

The group is now trying to raise more than $300,000 to help fund the development of a fourth robot — a "heavyweight" lead vocalist they hope will take their careers to the next level.

The album, which will be available free for download, is scheduled to be released next summer and is due to be presented live for the first time at Europe's largest open air hard rock festival in Wacken, Germany, in August.