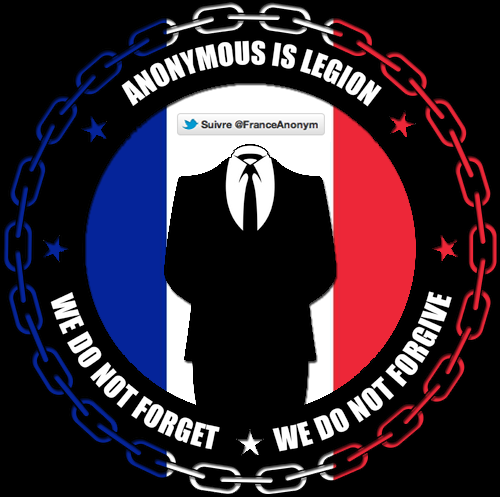 Over the years I’ve followed the antics of Anonymous (a hacker collective) with concern that eventually evolved into a grudging respect.

As the world reacted to the Paris bombings, Anonymous stepped up and warned ISIS they were coming after them. “We will hunt you down!” the group declared.

ISIS Has Help Desk for Terrorists Staffed Around the Clock

Past targets of Anonymous hacktivism included government agencies of the US, Israel, Tunisia, Uganda, and others; ISIS; child pornography sites; copyright protection agencies; the Westboro Baptist Church; and corporations such as PayPal, MasterCard, Visa, and Sony.

While somewhat unpredictable, I’ve grown to believe there are good people involved with Anonymous – even if I personally dislike the idea of hiding one’s identity while claiming to do good.

Here’s something to consider:

ISIS, or Daesh (as they hate to be called), have enjoyed success using the internet as a recruiting tool. But, the internet is Anonymous’ backyard, so when they say they’re coming to kick some ass Daesh better believe it!

The western world is uniting to wage an air and ground war on Daesh. There’s no reason to believe they can’t drive them from their strongholds in Iraq and Syria. But to actually win the war, Daesh’s recruiting efforts on the internet have to be stopped.

Once the murdering bastards have lost their ability to recruit worldwide on a daily basis the core of their power will be nullified. Once they are driven out of their strongholds they’ll join the rest of the cockroaches scurrying around the world trying to avoid the light of retribution.