Imagine Supporting a Party That Punks You: Many Republicans Do Anyway 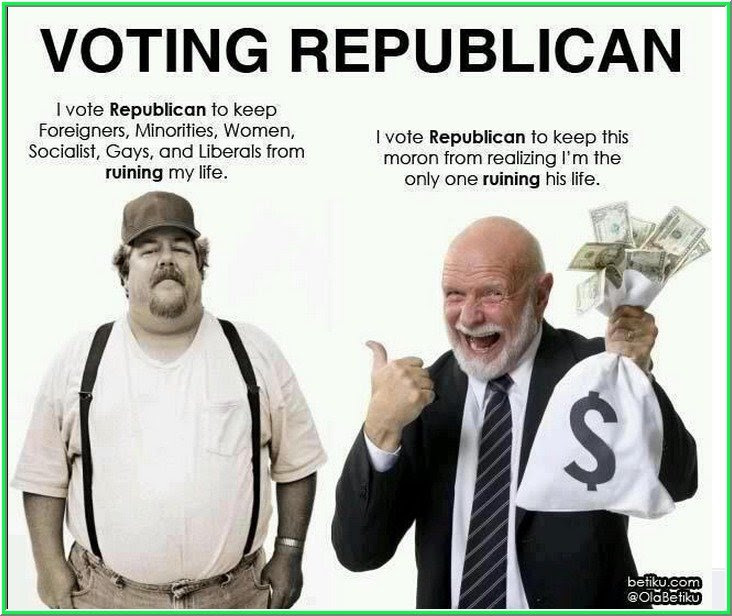 Republicans have a case of cutting off one’s nose to spite one’s face syndrome.

There is a question that has puzzled some sociologists for years: If America’s poverty is concentrated in the South, as data clearly show, why is it that those states are the most reliably Republican voters – essentially voting against the government assistance they would seem to need?

Data also shows that the primary red axis of the country, running from Appalachia to the Southern coastal plains, is the epicenter of some of the nation’s greatest stresses.

It’s here that the lack of well-paying jobs and large-scale abandonment of the job market are most pronounced, where obesity and health problems are most dire, where Walmart is winning a race to the bottom of what the American consumer can afford amid stagnating wages, and where the rising dependence on disability and Medicare is most pronounced.

“We know that problems of poverty and health are more endemic … in the red parts of the country,” says Jacob Hacker, a political scientist at Yale University. “That suggests that there’s probably lots of Republicans who live in areas where more effective government action could help them.”

Yet the South is where Obamacare sign-ups lag far behind other parts of the country. (condensed version - originally ran in the Christian Science Monitor)

The Christian Science Monitor has their take on what’s happening with Republicans today.