The Versatile Glider: From WW II to Modern Space Exploration 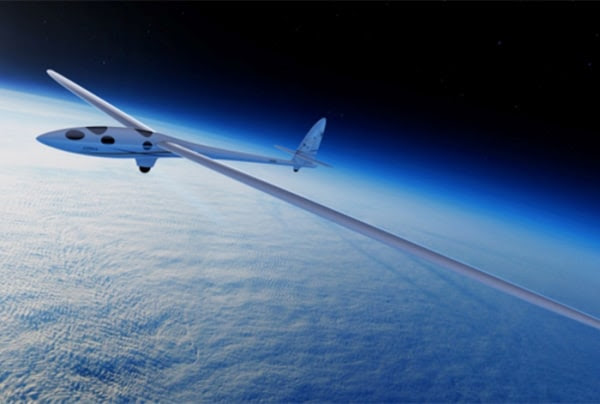 The Perlan 2 experimental glider reached an altitude of 5,000 feet in a proof-of-concept test ahead of next year’s planned record-breaking journey to the stratosphere. perlanproject.org

Oregonians like myself had the opportunity to see a truly wondrous advancement in flight history the other day. That is if we happened to look up at the right time.

An experimental glider that could eventually reach the edge of space without the power of an engine had a successful first test flight over Oregon this week, winning applause on Thursday from Airbus, a major backer of the project.

The manned glider, dubbed Perlan 2, reached an altitude of 5,000 feet, in a proof-of-concept test ahead of next year's planned record-breaking journey to the stratosphere.

To start its flight, the Perlan 2 is towed behind a motorized aircraft but once airborne it is able to harness the energy of the wind to gain speed and altitude, said Ed Warnock, CEO of the Perlan Project, a nonprofit organization run by a volunteers.

Next year, the Perlan Project plans to launch the glider near from the Andes mountains in Argentina, which should allow the craft to ride atmospheric waves to heights that researchers are only beginning to understand.

I use to live in 29 Palms, California (I worked there as the editor of the local newspaper - The Desert Trail), next to the massive Marine Corps base.

At one time that base was called Condor Field and served as a training base for U.S. Army Air Force glider pilots during World War II.

Posted by ImBlogCrazy at 7:08 AM