A lot of people are going to miss John Boehner.

Now that a new subversive group in the House – the House Freedom Caucus – has ousted him, be prepared for a Tea Party darling replacement who won’t have any compunctions about shutting down the government.

Rep. Kevin McCarthy (R) of California and Rep. Jason Chaffetz (R) of Utah are vying for the soon-to-be vacated Speaker of the House position. Both are making grand promises to the House Freedom Caucus.

Both men make Boehner look like a true statesman. That’s bad news for the American public.

ARE YOU READY TO RUMBLE?

Like any subversive group, the caucus has an invitation-only selection of 40 zealots, which meet regularly at a Capitol Hill 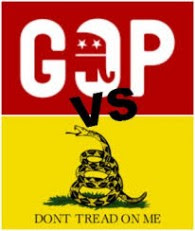 restaurant called the Tortilla Coast. The fight starts with the GOP's election for the speakership and other GOP leadership offices, which will take place in a secret ballot on Thursday.

In the weeks ahead, the Freedom Caucus will have plentiful opportunities to push the fight further – from the speaker's race to a combustible mix of fiscal deadlines this fall.

Though members say they have not yet settled on a strategy, one thing is certain: They are not afraid of government shutdowns, fiscal cliffs, or any other hardline tactics that typically made Boehner wince.

STILL SOME SANITY IN GOP CONGRESS

In Congress, a backlash may be building against Freedom Caucus hardball tactics. Last month, a caucus member quit, saying tactics were harming, not helping, the GOP cause.

Over in the Senate, Republican colleagues shouted down Tea Party favorite Sen. Ted Cruz (R) of Texas last week over his procedural move related to spending and Planned Parenthood.

But make no mistake…Americans need to be prepared for some angry Freedom Caucus members blackmailing the government and shutting it down if they don’t get their way.

You thought Congress was already inept? You haven’t seen anything yet. Wait until the new Speaker of the House (at the end of this month) fires the first salvo in a war of ideologies where the American people will lose at every turn.