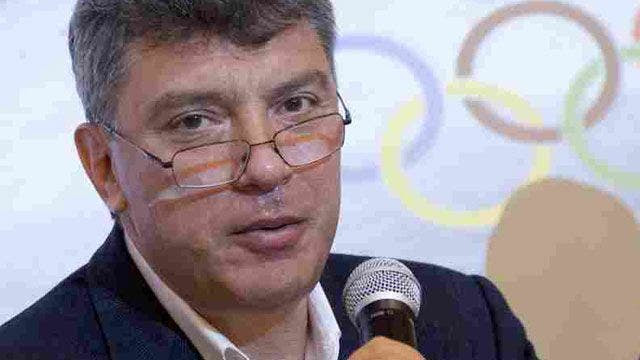 Most Americans have never heard of Boris Nemtsov.

His recent murder changed that. Millions of Americans – not to mention the rest of the world – are now aware he was a political reformer in Russia.

The fact that Nemstsov got away with defying Putin for so long is a miracle in itself. The two have known each other for many years.

Amidst the chaos of the 1990s, president Boris Yeltsin had marked out Nemtsov, then a young, reform-minded deputy prime minister, as a possible successor, but ultimately ceded the presidency to a little known ex-KGB officer: Vladimir Putin.

Somehow Nemtsov survived all of these years; probably because of his strong relationships with many powerful Russian oligarchs.

That changed abruptly when Nemtsov was ambushed, and shot from behind while walking across a bridge with his girlfriend of three years.

Only hours before the attack, Nemtsov had given one of his last interviews, criticizing Putin, comparing his rule to the Nazi Third Reich and promising an uprising from the streets.

"We need to work as quickly as possible to show the Russians that there is an alternative, that Putin's policy leads to degradation and a suicide of the state. There is less and less time to wake up," Nemtsov told a correspondent for the Polish edition of Newsweek.

Nemtsov's friends said his latest effort was to expose the presence of Russian troops in eastern Ukraine, where NATO, Kiev and Western governments say Russia has sent soldiers and weapons to support an armed uprising there.

Boris Nemtsov had been preoccupied for weeks with details of an opposition march planned for today. Little did he know that Putin had other plans for him. And make no mistake, it was Putin who was behind his death.

On Nemtsov’s last day he went to the radio station facilities of Echo Moskvy, one of Moscow's last independent minded media outlets, where he did an on air radio interview right before his last dinner.

Following news of Nemtsov's death, Echo Moskvy editor in chief Alexei Venediktov tweeted a photo of himself and Nemtsov.

"Today ahead of broadcasting, Boris asked me 'aren't you afraid of having me on air?' It wasn't me who should have been afraid" Venediktov said. (Compiled from Reuters reports)

After his death, organizers canceled the rally and instead called for a demonstration to mourn him on today in central Moscow. The city gave quick approval, in contrast to its usual slow and grudging permission for opposition rallies.

I applaud Boris Nemtsov’s courage and his conviction. He was a nationalist who cared about the Russian people, unlike that ex-KGB bastard Putin!