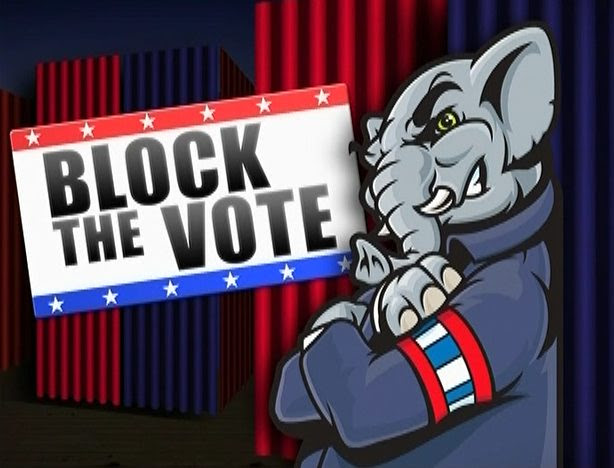 You have to hand it to the Republican Party; their creativity knows no bounds when it comes to trying to control election results.

It took a federal judge Thursday to stop their latest attempt at restricting voter access. U.S. District Judge Peter Economus blocked an Ohio law that scales back early voting just prior to the upcoming fall elections.

It took a lawsuit by civil rights groups and churches to halt the GOP’s latest attack on minority voters.

A directive from Republican Secretary of State Jon Husted that established uniform early voting times and restricted weekend and evening hours was overturned.

Another attempt to restrict voting access was a GOP-backed law that eliminated golden week, when people could both register to vote and cast ballots. Without those days, early voting would typically start 28 or 29 days before Election Day instead of the prior 35-day window.

Thanks to the judge, early voting will begin Sept. 30 instead of Oct. 7.

The ruling directs Husted to require boards to set expanded evening hours and adds another Sunday to the state's early voting schedule this fall.

According to Freda Levenson, managing attorney for ACLU of Ohio, the state's early voting opportunities are key to residents with inflexible work schedules or other responsibilities that prevent them from getting to a polling place during regular business hours.

This ruling means voters will not see their access to the ballot compromised during the upcoming election. It doesn’t mean however, that the GOP will not continue to try to restrict voter access.

It’s a pathetic ploy that the GOP should be ashamed of. By narrowing minorities ability to participate in the voting process the GOP is showing it’s true colors – and they’re not Red-White-and Blue.

What the GOP is doing is conceding that they’ll never get a majority without restricting some Americans ability to vote.